She investigated and found the dummy is sold on a federal government website and available for purchase by other federal agencies.
KGO
By Liz Kreutz 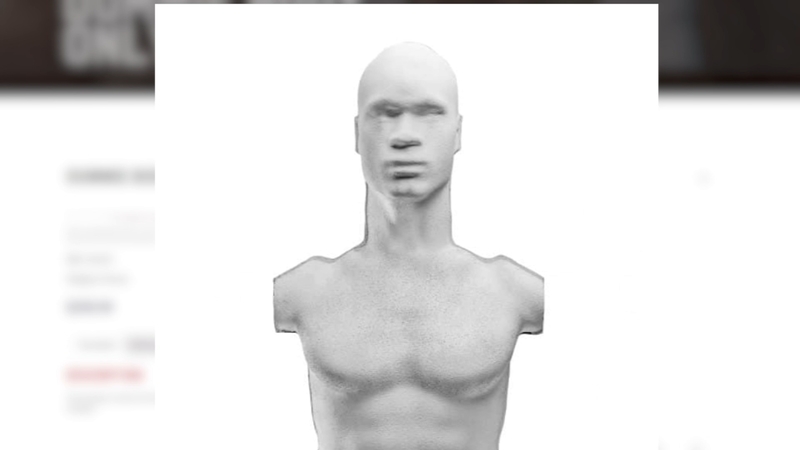 OAKLAND, Calif. (KGO) -- Oakland artist and activist Tracy Brown was searching for gun demo videos online after taking a firearms safety course, when she came across this: a popular, life size shooting target that, she says, resembles a Black man.

"My reaction was, what the hell is this?" Brown told ABC7 News. "I could not believe it. I was floored."

Brown said even though the rubber dummy is painted white, the facial features are phenotypically those of a Black person.

"For a Black person, in general, you're going to see the lips, the nose, the shape of the face, the shape of the head, there are things that allow you to commonly, to easily identify as a person as belonging to a particular ethnic group," Brown said.

"The only reason it's painted white is because you need to be able to see where the shots land when you are shooting it," she explained of the dummy. "But phenotypically it is a Black man. That's not deniable."

As shocked as Brown was, she was even more shocked to learn the Southern California-based company that makes the dummy -- Kistabra Inc. -- has a contract with the U.S. General Services Administration (GSA). The dummy is sold on a federal government website and available for purchase by other federal agencies.

A Chicago mom took action to end hair discrimination after her 4-year-old son was sent home from school for having braids.

"There's a long standing history of violence against Black people and the Black body that this type of thing perpetuates, which makes it all the more problematic that our government is using our money to buy them," Brown said.

Brown has launched an online petition asking the GSA to remove the dummy from their catalogue.

In a statement, a spokesperson for the GSA told ABC7 News, "We've just been made aware of the petition and we are committed to reviewing this matter thoroughly. GSA is committed to advancing racial equity and we look forward to following up when we have more information."

The company behind the dummy, which also operates as " Rubber Dummies," declined an interview, but reached by phone the CEO's daughter told ABC7 News the concerns are "ridiculous" and that "Black people shoot at them all day every day."

In a 2018 YouTube video from a gun trade show, the CEO Mike Lessnick defended his dummy. Asked about the concerns, he said, " It was never my intent nor even the thought process in my mind that it looked that way until somebody pointed it out to me."

Still, he continued to sell the dummy.

Meanwhile, Brown has turned one of the rubber dummies into a piece of art that is currently on display at the Oakstop in Oakland. She said it represents the dehumanization of Black men.