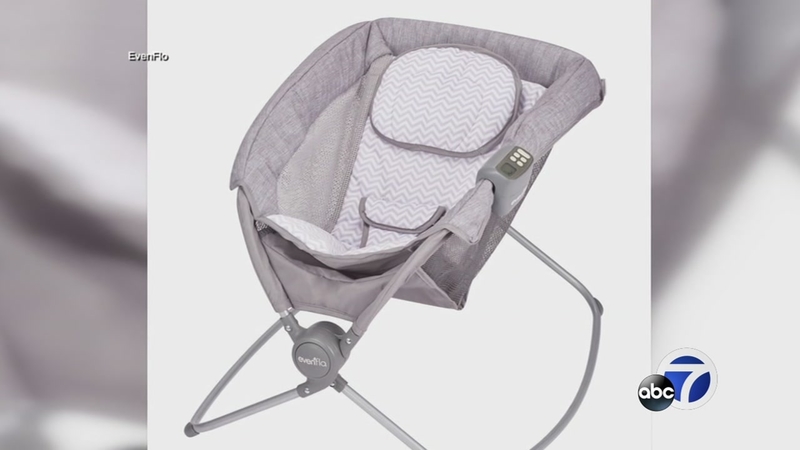 Four more companies are recalling inclined infant sleepers in response to the suffocation risk they pose to babies.

Graco, Summer Infant, Evenflo and Delta Children announced voluntary recalls, joining Fisher-Price Rock 'n Play Sleeper and other similar products. Inclined sleepers have been found to allow babies to roll onto their stomach or side, leading to at least 73 reported suffocation deaths.

FTC warns VoIP providers not to 'assist or facilitate' robocallers

The Federal Trade Commission is showing it's serious about stopping robocalls, by issuing warning letters to 19 VoIP service providers.

VoIP stands for "Voice over Internet Protocol," allowing users to essentially make voice calls over the internet -- which is much cheaper than traditional telephonic calls. Of course, this means that scammers love it.

"VoIP service providers play a unique role in the robocall ecosystem, allowing fraudsters and abusive telemarketers to call consumers at a fraction of a penny per minute," said FTC Bureau of Consumer Protection Director Andrew Smith. "These warning letters put VoIP providers on notice that we will take action when they knowingly facilitate illegal robocalls."

The FTC sent the letters warning the VoIP service providers that legal action may be taken against them if they assist or facilitate telemarketers and phone fraudsters in making their calls, including transmitting fake or misleading caller IDs, misrepresenting a caller's affiliation with a government agency, or allowing calls to consumers who are on the Do Not Call registry.

The FCC is seeking a nearly $13 million fine from an Iowa man.

The commission claims he made thousands of robocalls -- many of them racist and anti-semitic.

He's also accused of making robocalls to try to sow hatred against Mexicans following the 2018 murder in Iowa of 20-year-old Mollie Tibbetts, who grew up in Oakland.

Rhodes lived in the same town in Iowa as Tibbetts.

A Bird scooter on hand is worth two Bird scooters in a bush -- or however that old saying goes.

Scoot, now owned by Bird, is introducing a new model of scooter in San Francisco. The new "Bird Two" scooter comes with new features intended to prevent theft and vandalism. After all, when the scooters were first introduced in 2018, they were often found damaged, destroyed, thrown in lakes... and yes, in bushes too.

The scooter comes with "autonomous damage sensors" that detect issues with the scooter, has puncture-resistant tires, a new kickstand that reduces tipping, and its software even has anti-theft encryption. The Bird Two also has a sleeker look, with minimized wires and screws -- this eliminates tripping and injury hazards, as well as reduces the potential points of entry for thieves. The new scooter also boasts a battery with 50% longer life.

The Bird Two will replace Bird's existing scooters in San Francisco, with plans to deploy 1,000 of them immediately.