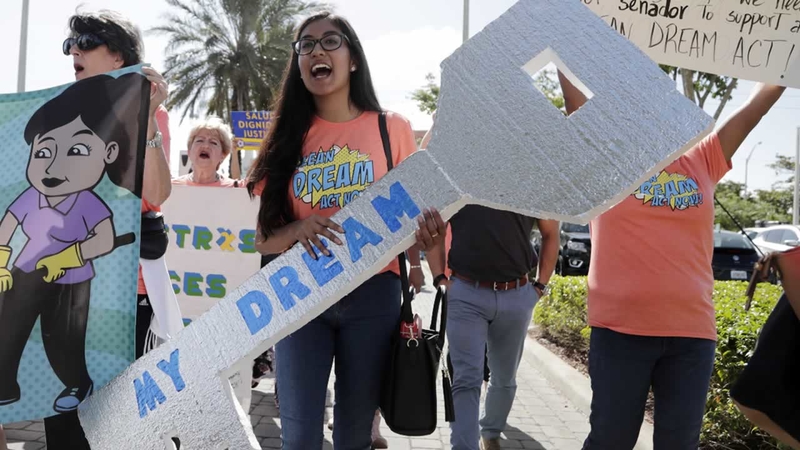 SAN FRANCISCO (KGO) -- A delegation of nearly 50 CEOs, tech leaders and public officials will descend next week on Capitol Hill with immigration reform and DACA at the top of their list.

They will meet with both Democrats and Republicans to imprint upon them one key fact: Immigrants account for 57 percent of Silicon Valley's workforce.

The future of the Silicon Valley economy, they say, depends on immigrants' ability to stay and work in the so-called innovation sector.

Although it might be presumed there's no need to lobby the Bay Area's predominantly Democratic delegation in Congress, Carl Guardino, CEO of the Silicon Valley Leadership Group, says it's important to reinforce its message to elected officials they consider supporters of immigration reform. The company is organizing of the trip to Washington.

RELATED: Want to be heard in DC? Here's how to contact your representative
President Trump has previously set a March 5 date to rescind DACA, the program under which an estimated 690,000 young immigrants have had protection as undocumented residents brought into the U.S. with their parents. DACA is the acronym for Deferred Action for Childhood Arrivals.

The issue is highly political and has been tied to two rounds of extensions of federal budget bills to keep the government open. The current budget extension expire March 23 and could threaten yet another government shutdown.

Political observers have noted that some Democrats believe they have done all they can to push for immigration reform and DACA protection and that the next step is up to Republicans. Some Republican have expressed belief that they will get a better deal if they continue to block Democrats.