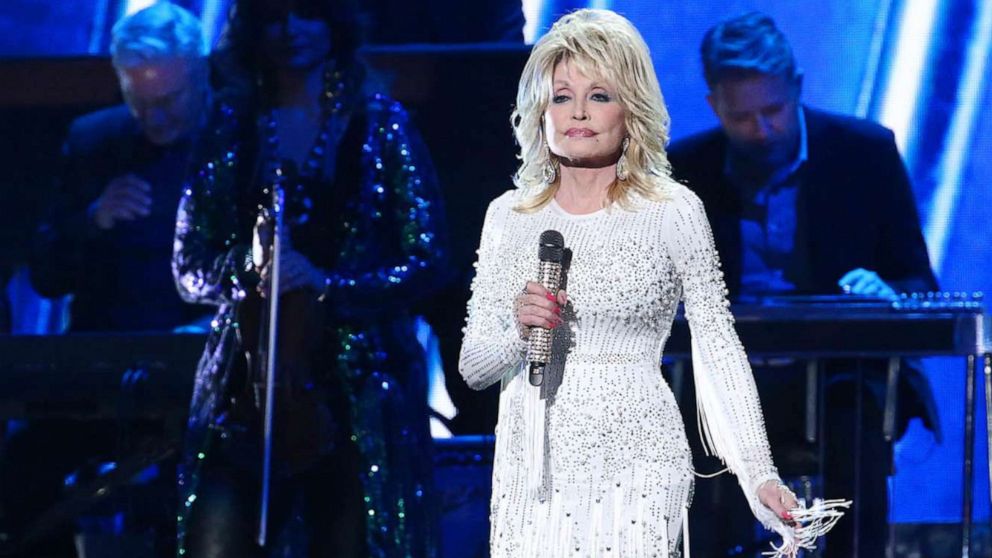 "My brother Randy has lost his battle with cancer," the singer wrote in statement posted to social media. "The family and I are grieving his loss but we know he is in a better place than we are at this time. We are a family of faith and believe that he is safe with God and that he is joined by members of the family that have gone on before and have welcomed him with joy and open arms."

Randy Parton was one of Dolly Parton's 11 siblings, and he shared her passion for country music.

He was an avid singer-songwriter who charted two singles in country radio's Top 30 in 1981, and in 1982 he became the first artist to record "Roll On (Eighteen Wheeler)," which was subsequently a hit for country and Southern rock band Alabama.

Randy Parton also often collaborated with his legendary musical sister, playing in her band for several years and duetting with her on her 1980 hit, "Old Flames Can't Hold a Candle to You."

Most recently, he joined Dolly Parton on her 2020 Christmas album, "A Holly Dolly Christmas." They sang "You Are My Christmas," a song Dolly Parton wrote that was inspired by memories of their childhood together.

"'You Are My Christmas,' our duet on my latest Christmas album, joined with his daughter Heidi, will always be a favorite," the singer reflected in her statement announcing her brother's death. "It was his last musical recording and he shined on it just like he's shining in heaven now."
Report a correction or typo
Related topics:
abc newsnational
Copyright © 2021 ABC News Internet Ventures.
More Videos
From CNN Newsource affiliates
TOP STORIES
EDD fails to withhold taxes on benefits, leaving jobless with bill
1 injured during shooting inside East Bay Target, officials say
San Mateo Co. gyms, restaurants reopen indoors
FAQ: Who's eligible for COVID-19 vaccine under Phase 1B?
Breed has warning for criminals after string of violence in SF
SF father begs for help finding daughter struggling through pandemic
EXCLUSIVE: Bay Area school may have found reopening blueprint
Show More
This CA company wants to make tech jobs accessible to everyone
Disney+ announces premiere dates for Star Wars, 'Loki' series
Bay Area movie theaters announce reopening dates
Ever ridden in a car with no driver? Here's what it's like
Bay Area couple finds $25K in stolen EDD money, gets tax bill
More TOP STORIES News