KGO
By Jericho Saria
SAN FRANCISCO (KGO) -- On the corner of San Francisco's 9th and Harrison streets, a building stands covered in fresh, beige paint. A fresher layer of paint, pink and black, has been slathered on top: a giant pink triangle, and the words, "WE WILL NOT BE ERASED!"

That building was the Stud bar, iconic for its bright murals and its rainbow flags. For decades, the Stud stood as a center of LGBTQ nightlife, and an incubator for San Francisco's extraordinary drag scene.

The bar survived a closure scare in 2016 when members of its community formed a co-operative to take over ownership. But the Stud, or at least its presence at the corner of 9th and Harrison streets, will not survive the era of COVID-19.

Facing a prolonged closure and piling rent payments, the Stud owners decided to end its lease at the end of May.

The news was devastating to those who called the Stud a second home.

"To us, it was our clubhouse. It was a destination," says Yves Saint Croissant, a drag performer at the Stud since 2014. "I am absolutely fearful of what the closure of the Stud will do to our community."

Yves is just one of countless drag performers that have been birthed at the Stud over the decades.

Founded in 1966, the Stud bucked gay bar conventions of its South of Market neighborhood: instead of catering exclusively to a cismale leather subculture, it embraced a wide intersection of race, sexual orientations, and genders.

"That spirit allowed it to survive the ages," says Honey Mahogany, drag performer, trans activist, politician, and one of the 17 co-op owner/workers of the Stud. "It also provided for a level of creativity and openness that...really helps develop San Francisco's unique style of drag."

TAKE ACTION: How you can help amid COVID-19 pandemic

"There is an envelope-pushing agenda," says Croissant. "Sometimes things you saw weren't pretty. It was a lot of bodily fluids happening on (the Stud) stage. It wasn't glamorous, but it was covered in glitter."

In 2016, the Stud's landlords increased the rent 300%. Stud owner Michael McElhaney told his patrons he would sell the bar.

A group of 17 came together to take the bar over from McElhaney, forming the Stud Collective.

"We knew the owners of the building had other plans for the 399 9th Street space," explains Mahogany. "It was only a matter of time before we would have to move out."

The collective estimated it would take $700,000 to find a new space. They were still on the hunt for a new location when COVID-19 hit.

"We were continuing to incur debt from the lease. We would be in a huge amount of debt, making it that much harder to find a new space," explains Mahogany.

RELATED: The Stud, SF's oldest LGBT bar, closing after almost 55 years in business due to COVID-19

The collective made the decision to close and announced the closure via Zoom.

"We knew that location wasn't going to be its forever home, but it still didn't make the news any less shocking," Croissant says.

Reflecting on how COVID-19 has impacted San Francisco's queer community, she adds that places like the Stud "are not designed to be just a bar. They're literally event spaces that are capturing community. Where are we going to gather now?"

For now, the Stud is staying alive online, having set up several avenues of fundraising.

The collective is selling Stud merchandise, and collecting direct donations on a GoFundMe page and its Venmo account @StudSF.

Despite the Stud's closure, Mahogany says the collective is seizing this moment: "A lot of us are looking at this as an opportunity to reset and gather ourselves, and galvanize the community so we can make that move and finally find our forever home." COVID-19 Diaries: 9 months into the pandemic 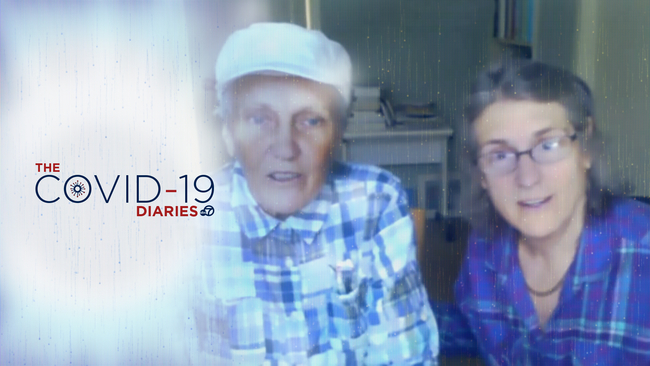