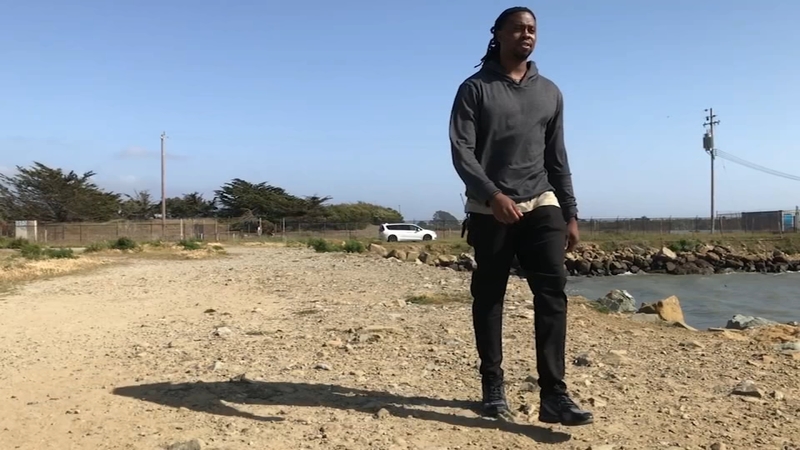 OAKLAND, Calif. (KGO) -- He used his paintbrush to raise awareness about the movement for Black lives last June, now Deonta Allen is using his voice to push for the annual observance of Juneteenth throughout East Bay Regional Parks.

"I'm leaning on everyone in the community for this right now. Where there's people, there's power," said Allen.

Allen, an artist and East Bay Regional Parks employee, understands the power of the people.

Each year Juneteenth, (a combination of the words June and 19th), is a commemoration of the abolition of slavery.

VIDEO: What is Juneteenth? History, celebrations, future of the holiday celebrating the end of slavery
EMBED More News Videos

"The history of Black people in general is such a significant part of American history. It's only right for it to be held at the same significance as other holidays," said Allen.

The petition requests Juneteenth be observed as a paid holiday for park employees (like Fourth of July and 13 other holidays), provide free admission and permits for the day throughout the district's 73 parks, and calls for the creation of educational programming for the public surrounding the day.

"The Park District is committed to Diversity, Equity, and Inclusion and received a request from its employee labor organization, AFSCME Local 2428, at the April 6, 2021 board meeting, for Juneteenth to be a paid District Holiday. Modifications to Park District paid holidays are addressed through the District's labor negotiations process which covers holidays, wages, and compensation. The Park District Board of Directors is currently in labor negotiations with AFSCME Local 2428."

From San Francisco to Richmond, the Bay Area has a rich tradition of locally organized Juneteenth celebrations.

James Taylor, a political science professor at the University of San Francisco, called San Francisco's annual celebration one of longest running and oldest Juneteenth celebrations in the country.

The day commemorating freedom is increasingly being recognized by local governments and businesses.

In 2020 Santa Clara County made Juneteenth a paid holiday for employees as more Silicon Valley companies like Twitter did the same following protest over the police killing of George Floyd.

"This is sort of a two edged sword," said Taylor.

Taylor is skeptical of Juneteenth being made a national holiday.

"We can actually take something as specific as Juneteenth that is very specifically about African American abolition, and it will turn into something more safe, something popular," he said.

Taylor stressed he's in support of a national recognition for the abolition of slavery, but fears the importance of the day could be diminished if the focus isn't kept local.

He points to Dr. Martin Luther King's legacy being flattened to his famous 'I Have a Dream Speech' and confusion over King's birthday, often conflated with the annual observance of his birthday on third Monday of January.

Allen hopes this is the first step to wider community-based celebrations and remembrances.

"Let's celebrate freedom for everyone," he said. "I want you to reflect - that's what I'm hoping people do."

Go here for the latest stories and news articles about Juneteenth.