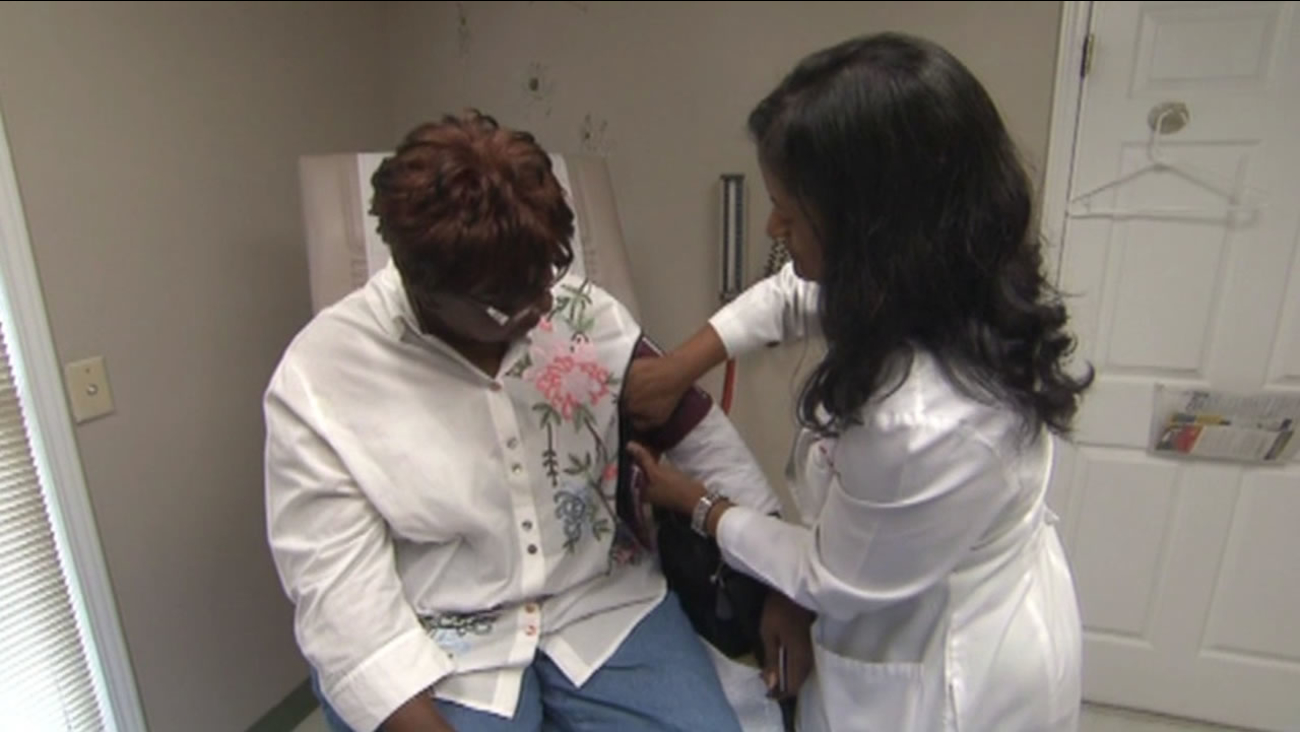 In this undated image, a doctor takes a woman's blood pressure. (KGO-TV)

People across the nation on Tuesday are marking Equal Pay Day. The date, April 14, represents how far into this year women must work to earn what men earned last year for doing the same job, based on national figures.

In California, women fare a little better, making 84 cents to every dollar that men earn.

Equal Pay Day has been an important discussion on social media.

Arianna Huffington tweeted, "It's 2015 and on average, women still make 78 cents to a man's dollar."

It's 2015, and on average, women still make 78 cents to a man's dollar. http://t.co/tTHR2XFOVu @emmaladyrose #EqualPayDay