KGO
By Alix Martichoux
SAN FRANCISCO (KGO) -- After a weekend of unrest and protests in California, Gov. Gavin Newsom spoke passionately about the need for action to advance anti-racist causes.

He went on to say, "We have to own up to some very difficult things. The black community is not responsible for what's happening in this country right now, we are. We are, our institutions over and over again, we are responsible we are accountable to this moment."

RELATED: 87 arrested after curfew in SF; officers will be out in full force Monday night, chief says

He acknowledged that as governor, and in past elected positions, he hasn't done enough to advance the fight against racism.

"For those of you out there protesting, I want you to know you matter. ... I have a unique responsibility to prove that to you. You've lost patience and so have I."

Despite his 20-minute emotional speech, the governor didn't end by offering up any specific policy solutions.

He was asked by a journalist if he'd consider implementing a statewide curfew in response to looting. He said that wasn't under consideration.

"We believe the conditions are very different in Del Norte versus other parts of the state... places like San Diego are different than even here in the Bay Area," he said.

Newsom's comments come after days of protests, sparked by the death of George Floyd in Minnesota, as well as generations of racism against black Americans. In Oakland, San Francisco, San Jose, Los Angeles and other cities, some demonstrations ended in violent clashes with officers.

Looting and vandalism also led to dozens of arrests.

ALSO: 60 arrested for crimes ranging from suspicion of shooting at officers, vandalism, looting in Oakland

Many cities implemented curfews in response.

We last heard from Gov. Newsom on Friday, when he said he was struggling to explain the tragedy to his children, who saw the video of Floyd's death on social media. He went on to speak about the inequitable impact of COVID-19 in California, which is disproportionately affecting Hispanic and black communities. 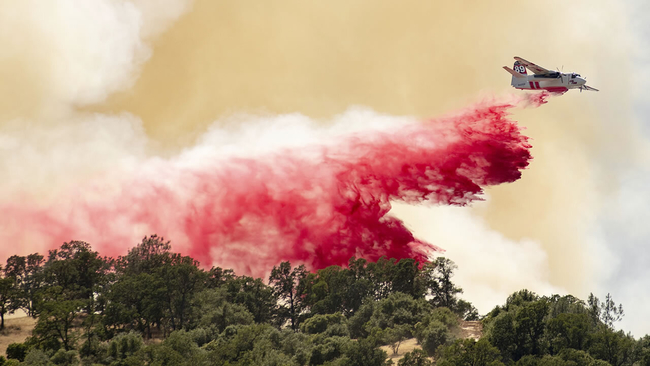