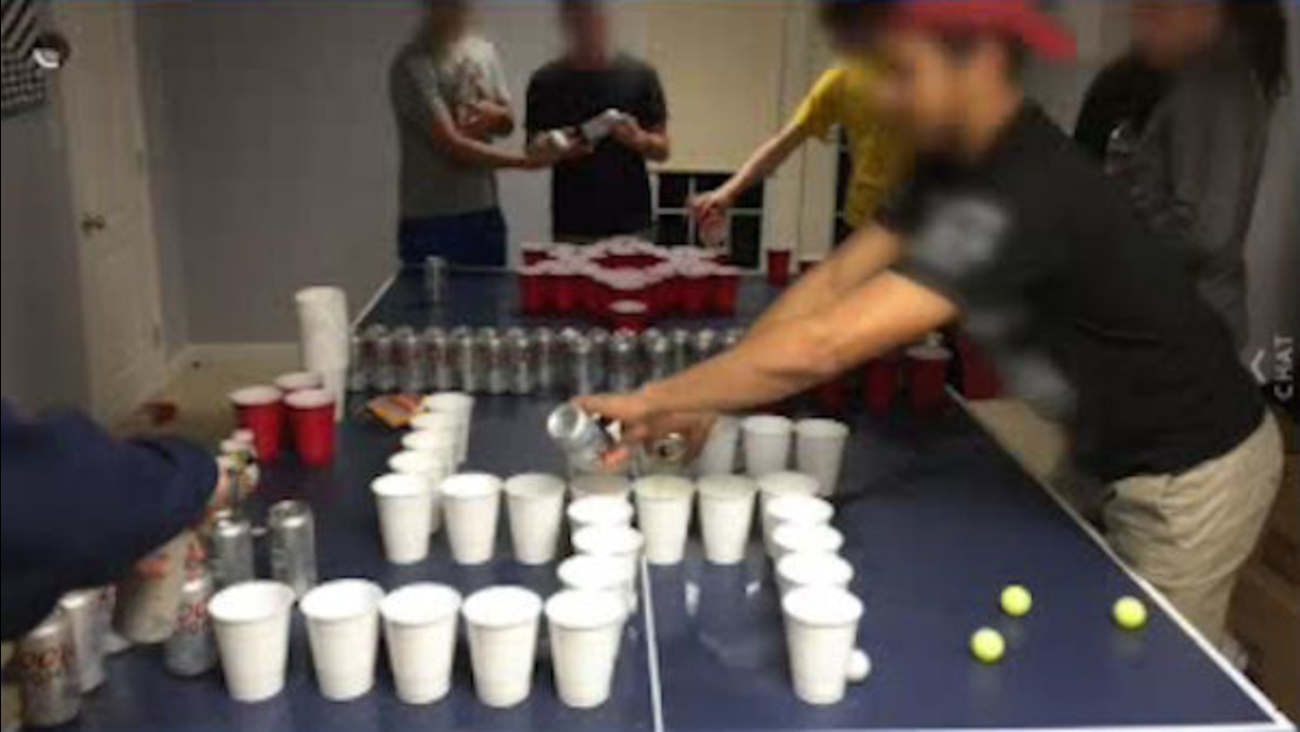 The photo was shared on Snapchat, where one Princeton high student captured it and wrote about it on her blog.

The photo shows students playing a version of beer pong dubbed "Holocaust Pong" or "Alcoholocaust." A screenshot shows the students pouring beer into two sets of cups that were arranged in the forms of a Star of David and a swastika.

Princeton Superintendent Steve Cochrane says he's deeply upset over the students' choices to engage in a drinking game with "clearly anti-Semitic" overtones. He says the district is talking to the students and their families about the photo.

"As an individual and as the Superintendent of the Princeton Public Schools, I am deeply upset that some of our students chose to engage in a drinking game with clearly anti-Semitic overtones and to broadcast their behavior over social media. We are talking to those students and their families. We are also focused on the lessons this incident has for all of us. Underage drinking is not a new problem; nor is the misuse of social media; nor are actions of bias or bigotry. They are not new problems, but they do not have to be ongoing ones. As a community we all have a role in teaching our children to make good decisions, to be legally responsible, and to be respectful members of a diverse society. An incident such as this one, forces us to take a hard look at our efforts in educating our children in the values that may be most important to their success in life. I am hopeful that as school district we can join with parents, with other agencies in our community, and with students themselves to elevate our efforts to prepare our children to be people of character."

The school board also released a statement:

"The Board of Education is aware of and concerned about the photograph depicting an insensitive drinking game that has been circulating in social media. Superintendent Cochrane, Principal Snyder and PHS staff have responded quickly and with care to address the complex issues raised, and as a board,we are confident in their ability to properly handle this matter. Any decisions about possible disciplinary consequences for the students involved are and will remain confidential. Princeton Public Schools does not tolerate prejudices of any kind. Clearly we have work to do. The issues we are presented with - bias, ethnic insensitivity, underage alcohol abuse and inappropriate social media use - are neither new nor unique to Princeton, but this incident has brought them into sharp focus. This incident raises difficult questions for all of us in the community about what we are teaching our children both in school and at home. As a district we will closely examine our efforts to address the root causes of these problems to ensure that Princeton Public Schools remains first and foremost a place of tolerance and caring."
Related topics:
societynew jerseynazisracismunderage drinkingjewishu.s. & worldbeer
Copyright © 2021 by The Associated Press. All Rights Reserved.
NAZIS
Teacher, principal on leave after student's project on Hitler
Former Neo-Nazi removes swastika tattoos
Jewish doctor treats COVID-19 patient covered in Nazi tattoos
Bay Area resident confronts man putting up swastika stickers
TOP STORIES
Can Newsom recall challengers politically weaponize CA's power grid?
Bay Area couple books 2nd cruise on infamous Grand Princess ship
CA launches electronic vaccine verification
New online vaccine record not working? Here's how to fix it
Newsom assaulted by 'aggressive' man on CA street
How Santa Clara Co. became 1st in state to recognize Juneteenth
CA power grid declares Flex Alert for tonight
Show More
Charges filed in stabbing of 94-year-old woman in SF
Here's how pandemic caused a lifeguard shortage in Santa Rosa
LIST: Juneteenth events in the Bay Area
Things to do: Roundup of events in SF Bay Area
San Jose brush fire under control, officials say
More TOP STORIES News