Norm Mineta on hand for flag ceremony at his namesake airport

"Norm Mineta's brilliant career in public service to our country is etched forever in United States history, and this flag is a testament to his service," said San Jose attorney and lifelong friend Grace Kubota Ybarra.

She and her husband Jack Ybarra secured that flag. Grace's family and the Mineta's were both sent to the Hart Mountain internment camp in Wyoming during World War II.

"Just thrilled to be able to have this flag that I flew on the last day in Congress now being here on the wall," said Mineta.

Norm Mineta's public service career spanned 52 years, serving on the city council, in Congress and as Secretary of Commerce and Transportation.

As so many people gathered here today to unveil the flag, many people recounted how Norm Mineta influenced their career choices, many of them entering public service because of him. Among them, current San Jose Mayor Sam Liccardo.

"It was while I was a freshman in college that I actually applied to be an intern in then Congressman Norman Y. Mineta's office. He kindly took me in," said Liccardo.

Mineta admits he once thought about going into aeronautical engineering. That's until he took calculus.

"So I went to Berkeley, started out as an engineering major until I took calculus. And I decided for the safety of the country and my own future, I'd better find another major," said Mineta. 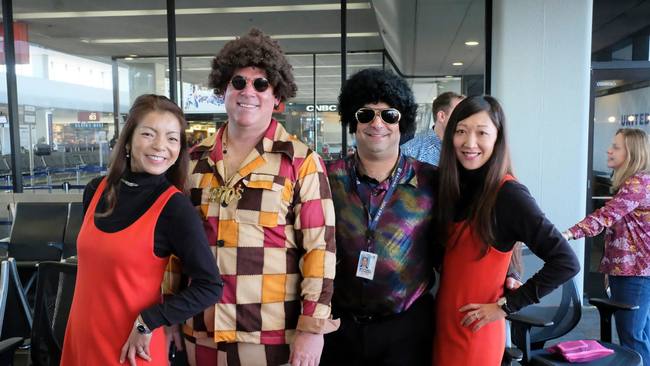