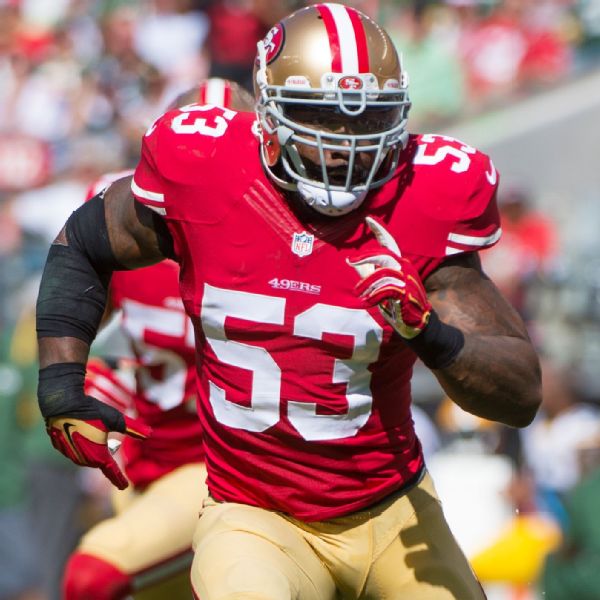 NaVorro Bowman is healthy entering the 2017 season, but he says the major injuries he has suffered in recent years are preventing him from getting the respect he deserves.

A knee injury kept the San Francisco 49ers' star linebacker out for the entire 2014 season and an Achilles injury ended his season in 2016 after just four games. But when he has been healthy, he is one of the NFL's best linebackers.

Bowman, 29, considers himself the best.

"A healthy Bowman is still the best linebacker in the NFL," he told the San Francisco Chronicle. "What else has stopped me? A knee and an Achilles. What else? What else can you say about me?"

He feels those injuries have kept him from being mentioned among the NFL's elite linebackers in 2017.

"To not be mentioned as one of the best since I entered the league makes me feel a certain way sometimes," Bowman told the newspaper. "For the respect not to be presented and given, it just doesn't make sense to me."

Bowman has recorded two of the top five seasons in solo tackles (120 in 2013 and 116 in '15) since he entered the NFL in 2010. He ranks seventh overall in tackles (505) during that span, despite missing 20 games to injury over two of the past three seasons. He also was selected to three Pro Bowls.

Bowman told the Chronicle he was skeptical that the 49ers planned on keeping him when the new regime of general manager John Lynch and coach Kyle Shanahan took over, but he feels he's now on the same page with the team's new leadership.

He also told the newspaper that he has "seen the good and the bad" with the 49ers and hopes to remain with the team until he's ready to retire.
Report a correction or typo
Related topics:
sportsespnsan francisco 49ersnflnavorro bowman
Copyright © 2020 ESPN Internet Ventures. All rights reserved.
More Videos
From CNN Newsource affiliates
TOP STORIES