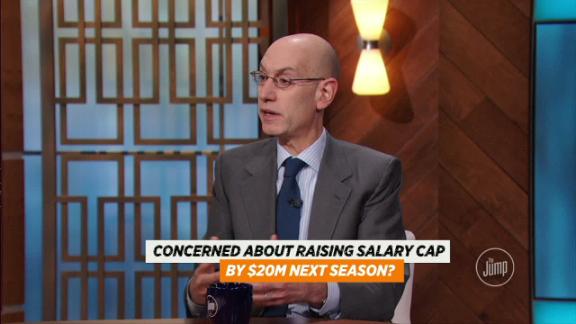 With an NBA lockout still fresh in the minds of owners, players and fans, NBA commissioner Adam Silver offered hope that another labor stoppage is not on the horizon.

When asked by ESPN's Rachel Nichols on The Jump to grade the chances of a lockout on a 1 to 10 scale with "10 is, 'No, no, no. We're cool,' and one is 'Total disaster. We're gonna have a lockout,' " Silver said, "My thinking is 10. ... based on the tenor" of his early meetings with the players union.

"The tenor has been very positive. I mean the tenor is -- we have an obligation to the game," Silver said. "I mean even those words have been used in the meetings. And so I think we're starting very early in our discussions. We're approaching it in a very serious way. And so I'm extraordinarily optimistic that we're gonna work through our issues and get something done."

Part of the presumed strife between the league and the union is the unintended consequences of the salary cap leaping by a projected $20 million this offseason -- the result of a nine-year $24 billion television deal kicking in.

The salary cap jump runs directly counter to one of the NBA's key objectives in its most recent CBA to create more balance throughout the league by forcing teams to pay a harsher tax and other penalties for spending above their salary cap.

Silver continued to express the message that while this is not what the league envisioned, there's no guarantee that players will always band together to form teams of All-Stars.

"The fact that all of this cap room is gonna come in at once and so we're gonna have roughly a $20 million increase from about $70 million to $90 million in the cap in one summer is not how we would have constructed it," Silver said. "Having said that, that players make decisions for lots of reasons."

"And I think -- you know, I'm not gonna get into hypothetically whether this player will choose to go to that market," Silver added. "I think we've seen in this league collections of All-Stars don't -- when they're assembled that way don't necessarily lead to championships. I think All-Stars are also made by being part -- of great teams. I'm sure that as we talk about the collective bargaining agreement, these are the kinds of issues we of course will address. And that is competitive balance around the league."

Information from ESPN's Baxter Holmes was used in this report. 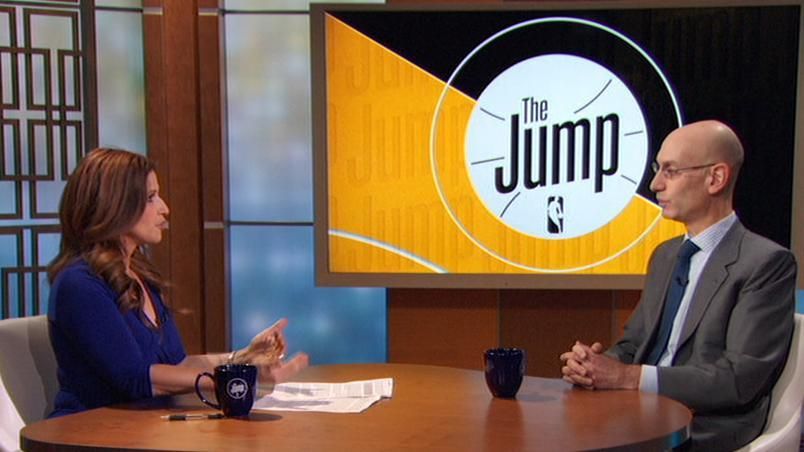 Silver: 'Extraordinarily optimistic' that NBA avoids lockout
NBA commissioner Adam Silver explains why he believes the NBA will avoid another lockout based upon the league's initial meetings and discussions.