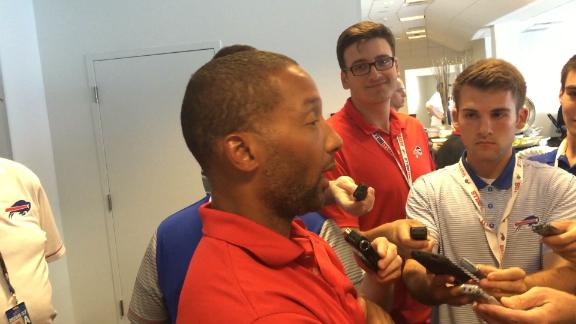 The NFL announced Tuesday that Dareus will be suspended for the first four games of the regular season for a violation of the league's substance-abuse policy. Dareus told reporters Wednesday that he missed a drug test.

"After careful consideration of recent events within my life, I have made the decision to enter a rehabilitation facility," Dareus said in a statement released Saturday by the team. "I feel this is the best decision for me, my family and my teammates as I move forward with my career. I appreciate the support of my teammates and the Bills organization through this process."

"We are fully supportive of Marcell and this decision to take the time he needs to seek treatment," the Bills added in a separate statement.

News of Dareus entering the rehabilitation facility emerged minutes after he was seen leaving New Era Field in street clothes, less than two hours before the Bills' preseason game Saturday against the New York Giants.

The Bills rebuked Dareus in a statement Tuesday, saying he "put himself first" and let down the team .

"I really don't have much to say," Dareus said Wednesday. "Words really doesn't mean anything now. It's all action. That's all I'm going to do. I'm going to come back and do the best I can. I just apologize to my team and my family. I embarrassed my kids, and who I am and who I'm working to be."

The sixth-year defensive tackle was previously suspended for the first game of the 2015 season for a violation of the substance-abuse policy, stemming from his May 2014 arrest in Alabama for criminal possession of a controlled substance.