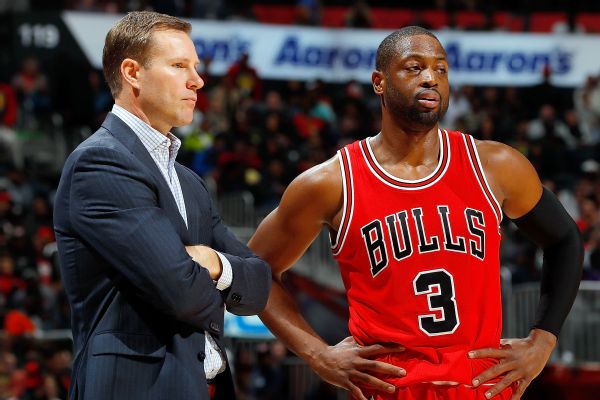 CHICAGO -- One of the key issues festering for the Chicago Bulls this season is that the team's younger players would like to see more of Dwyane Wade on the practice floor, veteran forward Taj Gibson acknowledged Saturday.

Gibson said the issue came up during Friday's team meeting, which was called in the wake of critical comments made by Wade and Jimmy Butler following Wednesday's loss to the Atlanta Hawks.

"That's one of the things in the meeting: Young guys just want a little bit more from him," Gibson said, noting that Wade practiced Saturday. "And he brung it today. He pushed the young guys. And that's a sign that that meeting did a little something.

"It's all about positive. We're not trying to have any negative aspects, anything like that. We got everybody against us right now. The only people who are going to help us out of this is ourselves. And we understand that. And [executive VP John Paxson] said it in the meeting yesterday, too."

Wade and Butler started Friday's game -- a 100-88 loss to Miami -- on the bench as punishment for their comments Wednesday.

Since training camp opened, both Wade and Bulls coach Fred Hoiberg talked about the fact that -- at 35 years old -- they would watch his minutes and practice schedule carefully. However, it came up during the hourlong meeting Friday that Wade sitting out some practices has irked players.

"My vets would never go to the media," Rondo said in the post. "They would come to the team. My vets didn't pick and choose when they wanted to bring it. They brought it every time they stepped in the gym whether it was practice or a game. They didn't take days off."

Rondo said Friday he got several text messages from some of his teammates after his Instagram post went up. He has been clear in his message that he was standing up for his younger teammates with what he wrote.

When asked Friday if he took Rondo's comments personally, Wade noted that both veterans have different styles of leadership.

"I could take it as a personal attack, but what's that going to do for me?" Wade said. "I'm going to come in here and fight Rajon because he said his vets practiced every day. I'm 35, I'm not practicing every day. I mean, that's very clear. Everyone has their own things. My vets did different things too. They were very successful with what they did in Boston. That's what they did."

Hoiberg has tried to defend his schedule for Wade, who has missed five games this season -- four because he was sitting out the second night of back-to-back games.

"As far as practice today, Wade has been practicing," Hoiberg said Saturday. "He's been practicing the last couple weeks pretty much every day that we've had off. He's been a good influence, I think, for the young guys." 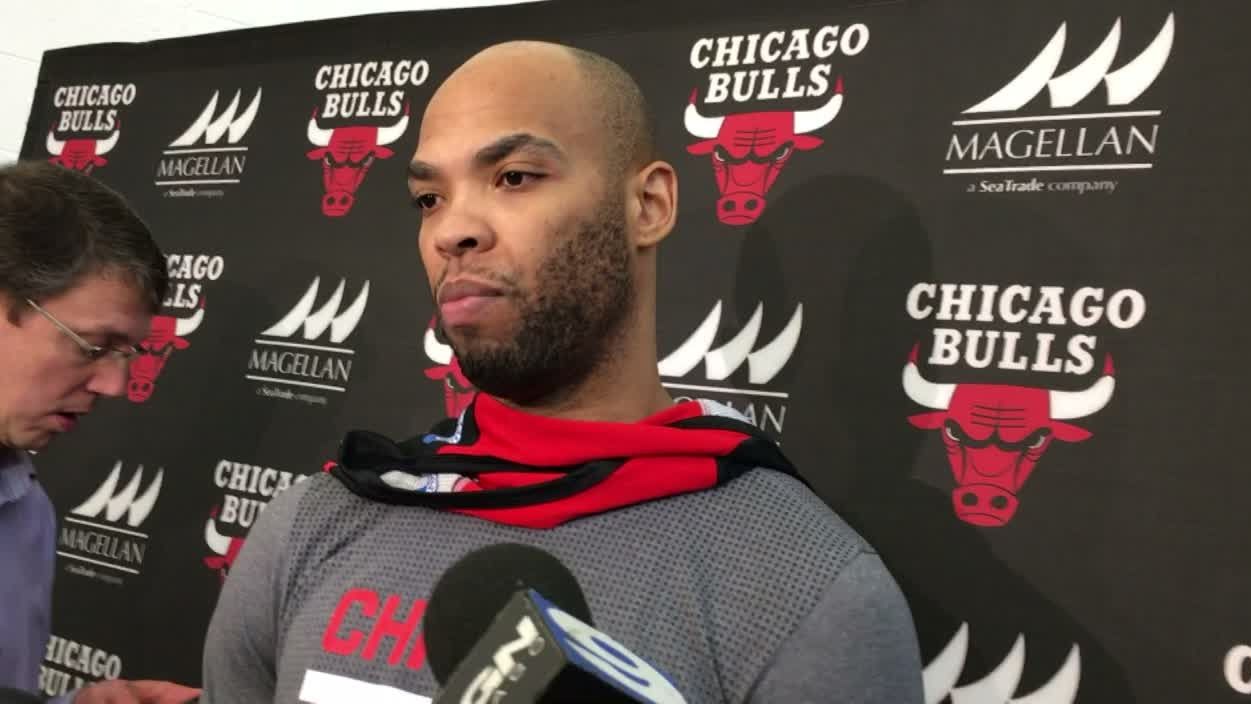 Gibson on Wade: Young Bulls want more from him
Taj Gibson says the younger players on the Bulls expect Dwyane Wade to practice more and were happy to see Wade practice Saturday signifying something positive coming from the team meeting.