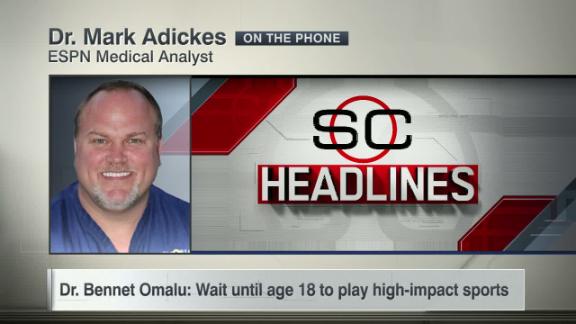 The forensic pathologist who was the first to tie head trauma suffered by American football players to a neurological brain disorder says children should not be allowed to play high-impact sports until they are 18 years old and can make decisions about the risks for themselves.

Dr. Bennet Omalu wrote Monday in a column published in The New York Times that young athletes -- not parents and coaches -- should be allowed to decide whether the risks are worth playing a sport. To accomplish that, athletes should have to wait until they reach the legal age of consent, usually 18, before being allowed to play high-impact sports.

"The human brain becomes fully developed at about 18 to 25 years old. We should at least wait for our children to grow up, be provided with the information and education on the risk of play, and let them make their own decisions," Omalu wrote. "No adult, not a parent or a coach, should be allowed to make this potentially life-altering decision for a child."

Omalu was the first to publish findings linking head injuries, particularly concussions, to the development of chronic traumatic encephalopathy in football players. He is the subject of the upcoming movie "Concussion," in which he is portrayed by actor Will Smith.

According to a recent study by the Department of Veteran Affairs and Boston University, 96 percent of deceased NFL players have tested positive for CTE. In late November, the family of Frank Gifford, a former New York Giants great and member of the Pro Football Hall of Fame, announced that Gifford, who died in August of natural causes, suffered from CTE. 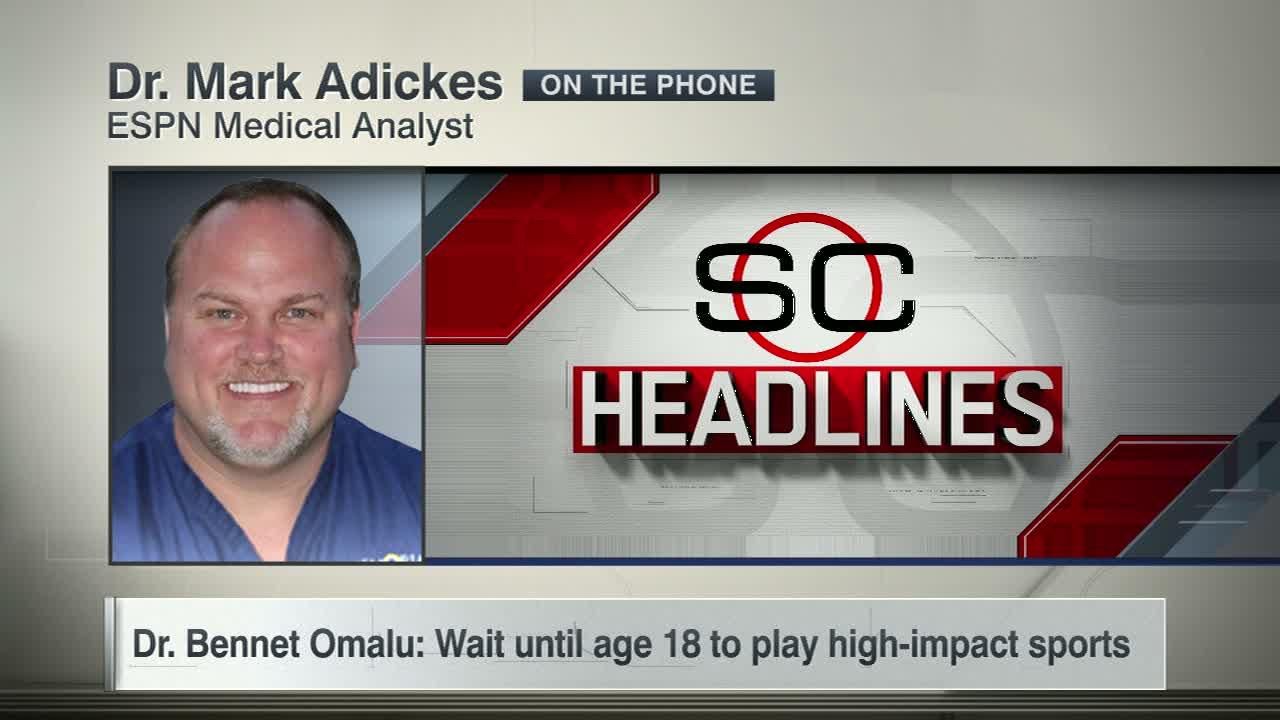