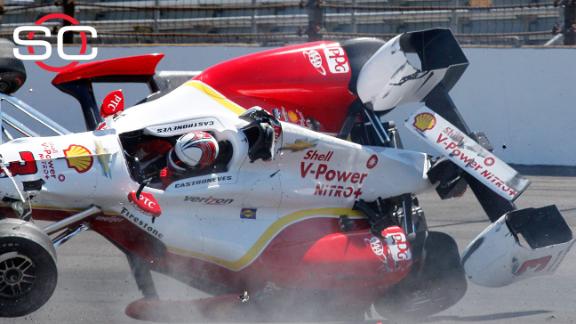 INDIANAPOLIS -- Helio Castroneves has been cleared and released from Indianapolis Motor Speedway's infield medical center after his car went airborne in a spectacular crash Wednesday.

His car wiggled as it went through the first turn early in practice for the Indianapolis 500, then spun into the outer wall and started rolling backward in the short chute between the first and second turns. A gust of wind caught the car and flipped it over. The car landed upside-down before rolling back over on its wheels.

Castroneves, a three-time 500 winner for Team Penske, climbed out of the car without assistance.

"Unfortunately I still do not understand what happened," Castroneves said in a team statement. "I got loose in Turn One and spun out.

"The good news is the impact wasn't very strong and the landing was smooth as well. In all aspects, I have to say I was very lucky there was no big shunt."

Earlier in the day, IndyCar Series officials docked Castroneves eight points for violating a rule about avoidable contact in Saturday's Grand Prix of Indianapolis. Castroneves was deemed guilty of causing a first-lap accident when he tapped Scott Dixon into a spin, sweeping in several additional cars.

The penalty dropped the Brazilian from second to third in the season standings, 18 points behind his Penske teammate Juan Pablo Montoya.

Damage to Castroneves' Chevrolet-Dallara was remarkably light, although team owner Roger Penske said the team likely will switch to a backup car. Castroneves is expected to return to the track on Thursday.

"The accident was most impressive, but the good news is I am feeling very good," Castroneves said. "This just set us back one day since it is Wednesday.

"The good news is we still have Thursday and Friday before qualifying. I'm counting on my guys, my boys, to put the car back together and go back to work."

The IndyCar Series opened up the rulebook this year to allow engine manufacturers Chevrolet and Honda the ability to design their own aero kits -- front and rear wings and other bodywork that fits to a standardized Dallara chassis.

The Indianapolis 500 is the first outing for the speedway version of the aero kits, following five races in which the cars were set up for road-racing venues.

"We're playing with new areas from the aerodynamic standpoint," Penske said. "Of course, going backwards at that speed, you don't know what kind of lift it had.

"But obviously, it got airborne, which we were surprised [about]," he added. "We'll take a good look at it."

Later Wednesday, Dale Coyne Racing's Pippa Mann spun her car into the wall. The English driver was checked and released from the infield medical center.

She lost control of her car coming out of the fourth turn, spun and hit the inside wall, then slid up the track and made a hard sideways hit with the attenuator in pit lane. She stayed in the cockpit for several minutes, but was able to walk away under her own power.

Information from ESPN.com's John Oreovicz and The Associated Press was used in this report. 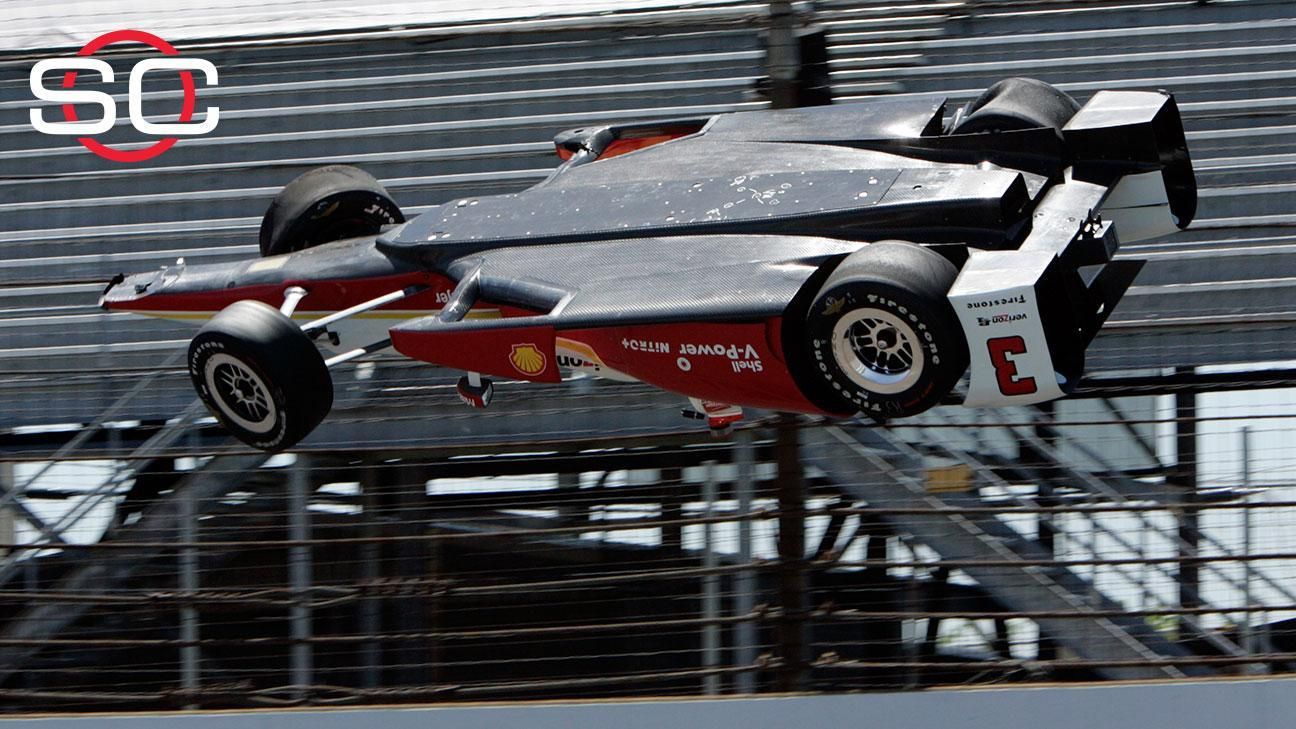