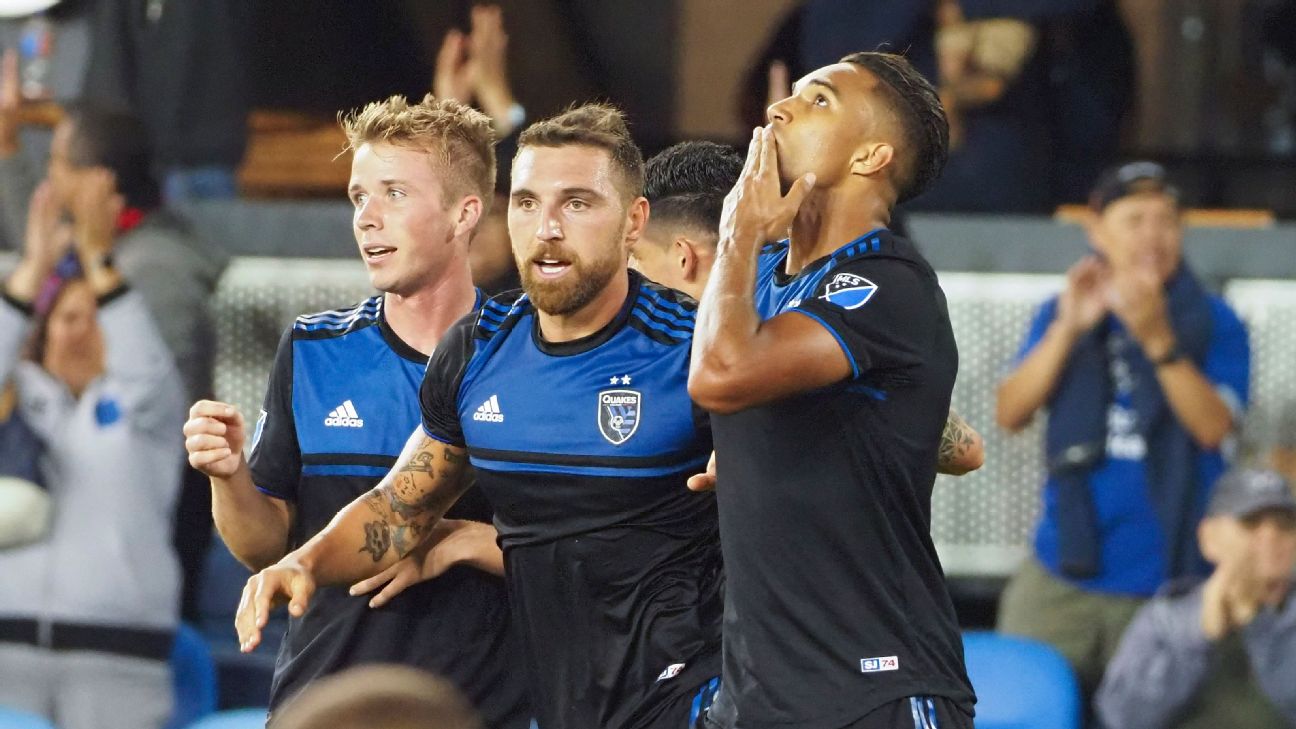 ESPN
By Reuters
Forward Danny Hoesen scored in the third minute of second-half stoppage time to give the San Jose Earthquakes a 1-0 victory over visiting Real Salt Lake on Saturday night.

Hoesen was in a crowd in front of the net when he received a pass from midfielder Paul Marie, after midfielder Cristian Espinoza hurriedly took a corner kick and passed the ball to Marie. Hoesen one-timed a right-footed shot past Real Salt Lake goalkeeper Nick Rimando.

Goalkeeper Daniel Vega made five saves for San Jose (8-7-4, 28 points). The Earthquakes are 5-1-2 in their past eight games.

RSL had a major chance in the 65th minute when Brooks Lennon made a nice run and delivered a swift pass to fellow midfielder Nick Besler on his left. Vega was out of position, but Besler sent the right-footed shot toward the far side of the net and missed it wide.

But overall, goal-scoring chances were slim in a match where tight marking was the priority from the outset.

Both teams took six shots in the first half. San Jose put two on target, and RSL had one.

Lennon had an opportunity in the 36th minute for RSL, but his right-footed blast from outside the box sailed wide right.

San Jose midfielder Judson stole the ball in the 43rd minute and immediately sent a right-footer from outside the box on goal. Rimando easily made the save. 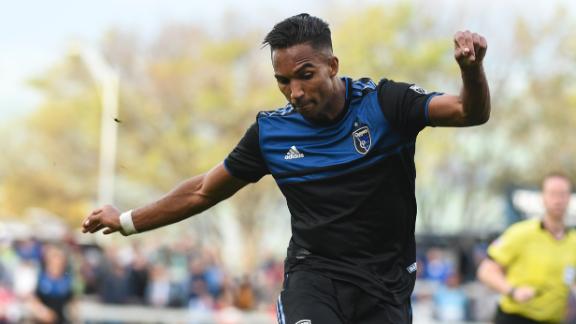