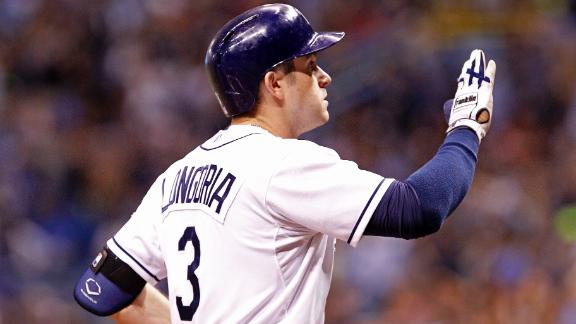 Nova will return to New York for further evaluation by a team doctor, but as manager Joe Girardi acknowledged, "Usually when you have that, it eventually leads to [Tommy John surgery]."

Nova left in the fifth inning of Saturday night's game against the Tampa Bay Rays after feeling pain in his elbow after delivering a pitch to Evan Longoria. Nova was noticed wincing and shaking his arm by Yankees bench coach Tony Pena, who alerted Girardi.

Nova was sent to a Tampa hospital for the MRI Saturday night and placed on the 15-day disabled list, pending further diagnosis, on Sunday morning. If it is determined Nova needs Tommy John surgery, it customarily means a 12- to 18-month recovery period.

"It was just kind of a little pop, like when you feel a friction or something," Nova said of the 1-0 curveball to Longoria. "Honestly, I didn't think that I was hurt. When you're out there in the game, you just want to pitch."

Nova had been hit hard to that point, having allowed six runs on eight hits, including four home runs. He was also charged with two more runs after he left the game, making his final line -- four-plus innings pitched, 8 earned runs and 4 homers allowed -- the worst posted by a Yankees' starter in 100 years, according to ESPN Stats & Information. Still, Nova said his arm felt fine until that final pitch.

Nova, a 27-year-old right-hander, went 9-6 with a 3.10 ERA last year, and came to training camp penciled in as the No. 4 starter in the Yankees' rotation behind CC Sabathia, Hiroki Kuroda and free agent Masahiro Tanaka.

"It's really unfortunate," Girardi said. "It's a guy that obviously we were counting on pretty heavily this year. We felt pretty good about our starters leaving spring training, but now we're going to find out how deep we are."

Girardi did not announce an immediate replacement for Nova in the Yankees' rotation. The Yankees are starting left-hander Vidal Nuno, an emergency starter, in Sunday's series finale against the Rays -- they have lost two of the first three games of the four-game series, including Saturday night's 16-1 blowout -- but the manager said a long-term replacement for Nova will be discussed during the Yankees off day on Monday.

The Yankees begin a three-game series against the Red Sox at Fenway Park on Tuesday night.

"Obviously we're going to need another starter and we'll have to make some adjustments," said Girardi, who has former starters David Phelps and Adam Warren, both right-handers, in his bullpen along with Nuno. "Everyone is going to have a chance to put themselves in the mix."

The Yankees made several roster moves in conjunction with the Nova injury and the return of first baseman Mark Teixeira, who had been on the DL with a hamstring strain.

In addition to placing Nova on the DL, the Yankees optioned infielder Scott Sizemore to Triple-A Scranton/Wilkes-Barre and designated for assignment righty Matt Daley, who was strafed for six runs in 1 1/3 innings Saturday night in relief of Nova. They recalled right-handers Preston Claiborne from Scranton and Bryan Mitchell from Double-A Trenton.

Nova Placed On DL With Elbow Ligament Tear
ESPNNewYork.com's Wallace Matthews has the latest on Ivan Nova's partially torn ulnar collateral ligament in his pitching elbow, which has landed him on the 15-day disabled list.