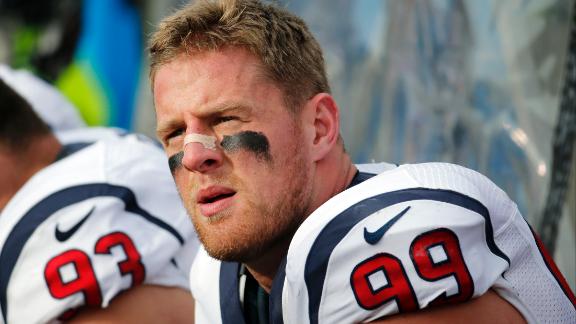 Watt said he broke his hand during Wednesday's practice but will be on the field when the Texans (6-6) host the New England Patriots (10-2) on Sunday night at NRG Stadium.

"People are going to try to make a big deal out of this, but I've played with worse than this before, even this season," Watt said. "This, I'm not very worried about. My elbow a couple years back was way more painful. This was painful when it happened, but it's football. In a game of football you're going to play with pain."

Texans coach Bill O'Brien also said he expects Watt to play Sunday and does not expect the injury to affect him.Defensive coordinator Romeo Crennel said Watt will have to adjust to not being able to grip anything with his left hand.

Watt didn't offer specifics on how he suffered the injury, but he said he knew immediately his hand was broken. He was unsure of a timetable for his recovery from the injury.

"Football is a game where things happen and you play through it," Watt said. "You go out there, you do whatever you can to help your team win. So that's what I plan to do."

Watt is also dealing with a groin injury. He did not practice two days last week with the groin injury but played 100 percent of the Texans' defensive snaps against the Buffalo Bills.

"So feel free, go ahead, come at me. I'll take advantage of whatever you try to do. It's my job to get to the quarterback. That's what I do."

Watt has never missed a game in the NFL. His 76 consecutive starts trail only Julius Peppers (98) and Rob Ninkovich (77) for active streaks among defensive ends.

The reigning defensive player of the year, Watt leads the NFL with 13.5 sacks. Last weekend against the Bills was the first time in six games in which Watt did not have a sack.

Watt has faced the Patriots twice in the regular season, but he's never sacked Tom Brady. He had half a sack against Brady in a Texans-Patriots playoff game after the 2012 season. 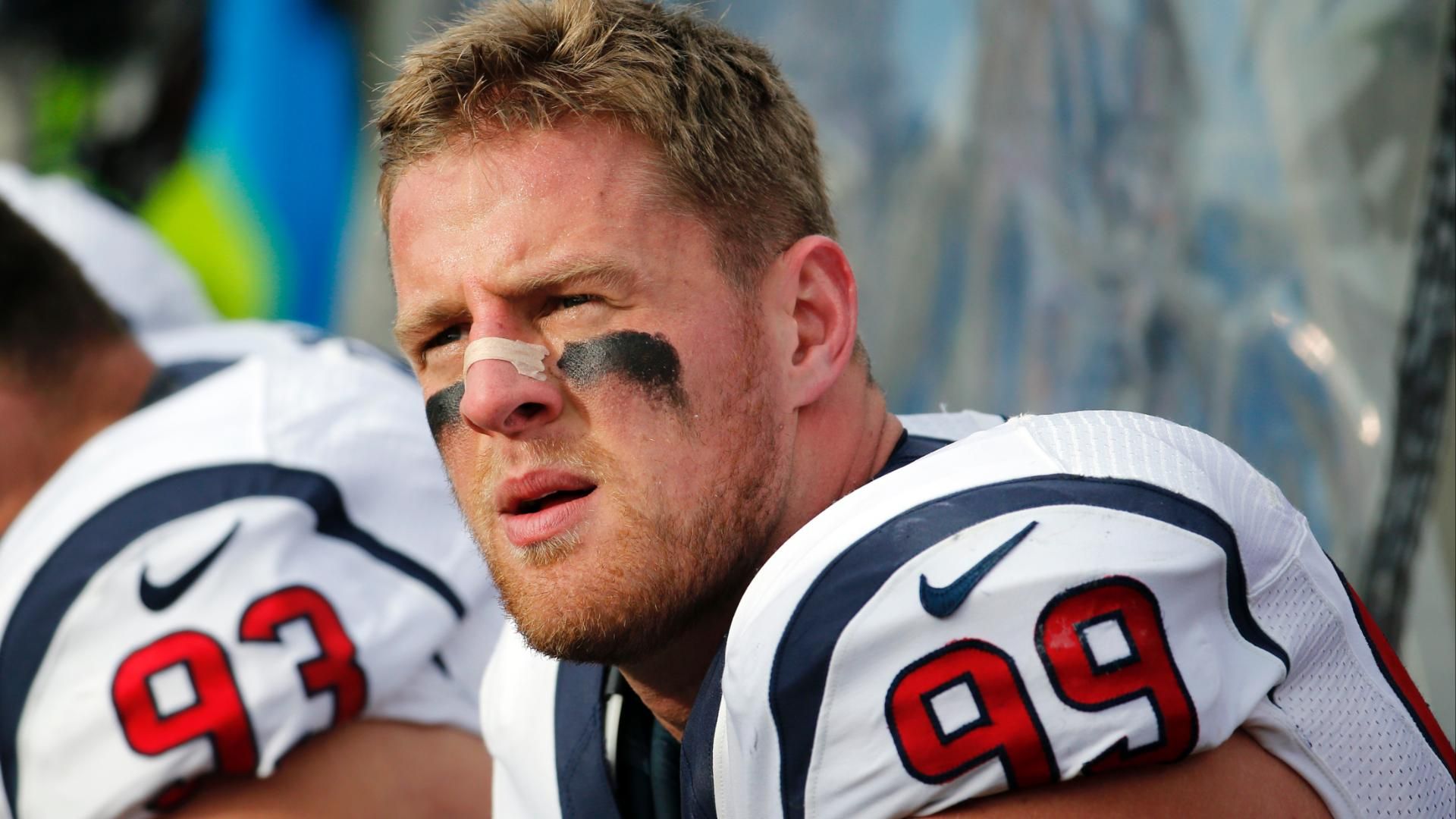 Savage: Broken hand will not slow down Watt
The NFL Insiders crew reacts to the news that Texans DE J.J. Watt will still play against the Patriots after suffering a broken hand in practice. 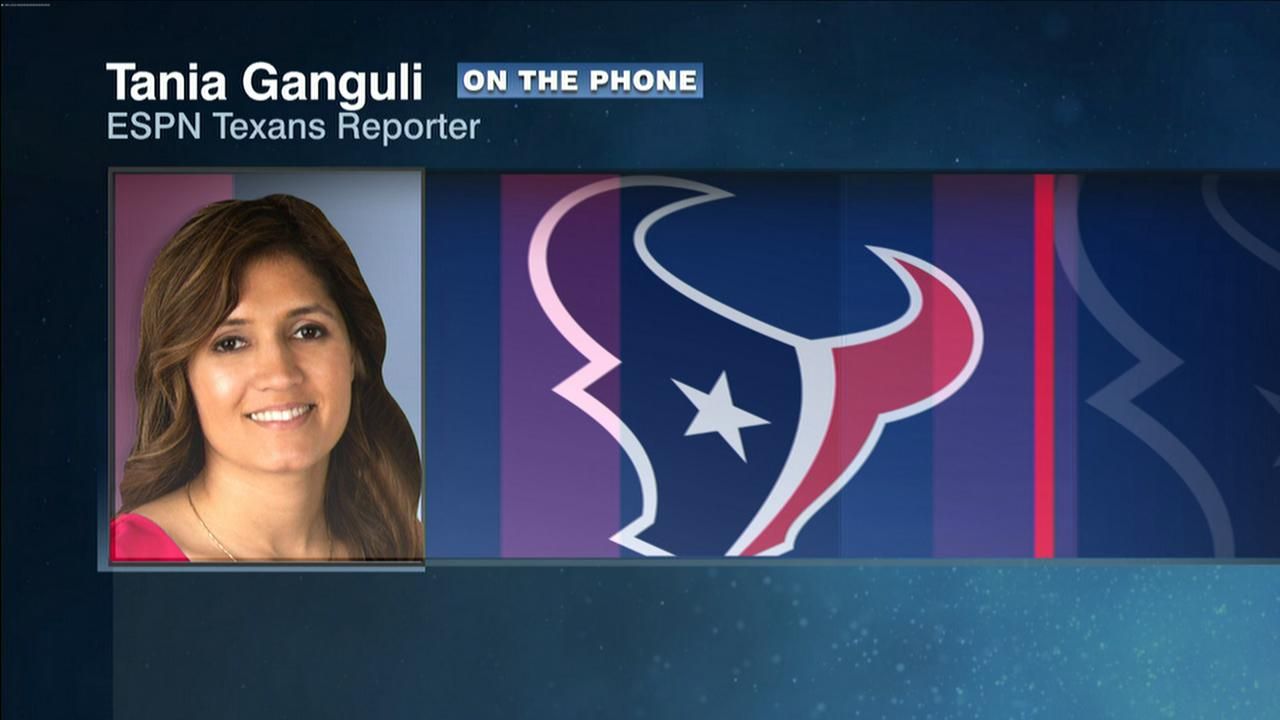 Ganguli: Watt is not in a lot of pain
ESPN Texans reporter Tania Ganguli explains how Texans DE J.J. Watt is feeling after breaking his hand in practice but that he still believes he'll be affected against the Patriots. 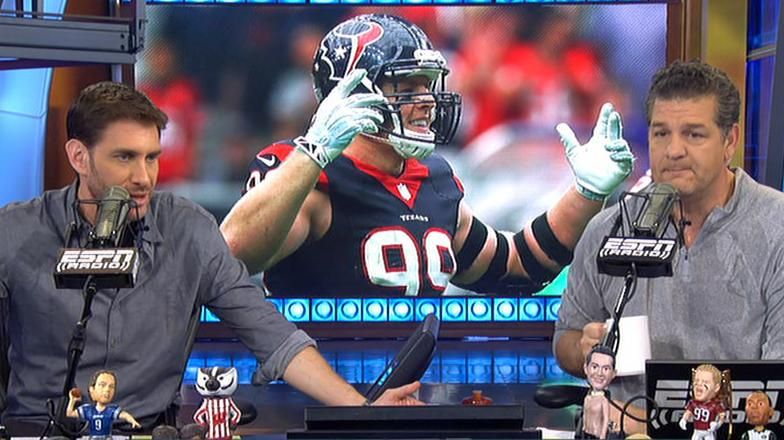