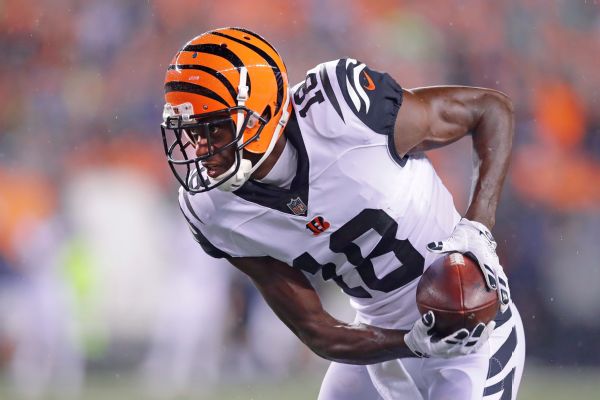 CINCINNATI -- Bengals wide receiver A.J. Green will not play against the Baltimore Ravens on Sunday, ensuring that he will not reach 1,000 receiving yards for the first time in his six NFL seasons.

A Grade II hamstring tear, which occurred in Week 11 against the Buffalo Bills, will ultimately keep Green out of almost seven full games.He will finish this season having played in 10 games, catching 66 passes for 964 yards and four touchdowns.

Green is not on injured reserve and currently remains on the active roster. The Bengals placedTyler Eifert and Clint Bolingon IR at the start of the week.

Although Green said he would play against the Texans last week, a decision was made late on Friday to hold him out of the game even though he had already traveled to Houston.