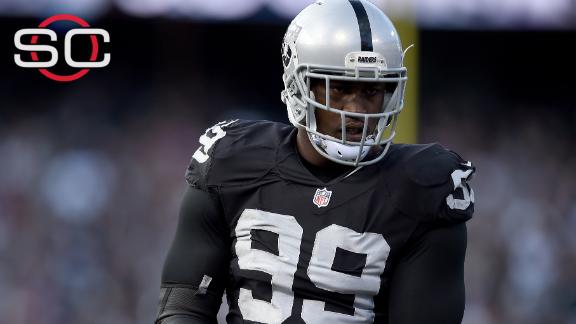 Oakland Raiderslinebacker Aldon Smithhas been suspended for one year without pay under the NFL's substance-abuse policy, the league said Tuesday.

In September, Smith, 25, pleaded not guilty to misdemeanor counts of hit-and-run, drunken driving and vandalism, charges that stem from an alleged Aug. 6 incident.

"Under the terms of the policy, Smith will be eligible to apply for reinstatement no sooner than 60 days before the one-year anniversary of the suspension," the NFL said in a statement.

The pass rush-needy Raiders signed Smith to a one-year deal on the day charges were announced in the wake of Smith's fifth arrest since 2012. He was released by the San Francisco 49ers on Aug. 7.

"Aldon has been a positive addition to the Raiders," the team said in a statement. "He remains prominently in our long-term plans, and we will continue to support this member of our family as he gets the help that he needs."

Smith's one-year deal with the Raiders contained a $1.25 million base salary, though Smith could have earned up to $8 million, a source told ESPN when he signed.The contract included a $250,000 per-game roster bonus and a $2.75 million bonus if he recorded at least 10 sacks.

"First, I want to thank the Raiders, my teammates, the fans, our coaches and our owner for supporting me throughout all of this," Smith said in the Raiders' news release. "I am taking this time to work on myself and become the man I need to be, my team and organization needs me to be and I know I can be."

In a separate incident, Smith was arrested April 13, 2014, at Los Angeles International Airport. Police said Smith was randomly selected for a secondary screening, became uncooperative with the process and told a TSA agent he had a bomb. No charges were filed.

During the 2014 season, Smith received a nine-game suspension for what the league called violations of its policies on substance abuse and personal conduct.Smith spent a month in treatment during the 2013 season.

There were plenty of football-related reasons for Oakland to sign Smith.

Smith was second on the team with 3.5 sacks this season and tied with Khalil Mack for most QB hits, with eight. Smith had played 78 percent of the Raiders' snaps, which ranked fifth among the team's defenders.

The Raiders had 22 sacks last season, tied for second-fewest in the NFL. Smith has 47.5 sacks in 59 regular-season NFL games.

"I had lost my love for the game, and it led me to some poor choices, but I am thankful to the Raider organization for believing in me this season and will continue to better myself and grow from my experiences," Smith said. "I look forward to rejoining the team next year."

Information from ESPN's Field Yates, Bill Williamson and Adam Caplan, ESPN's Stats & Information and The Associated Press was used in this report. 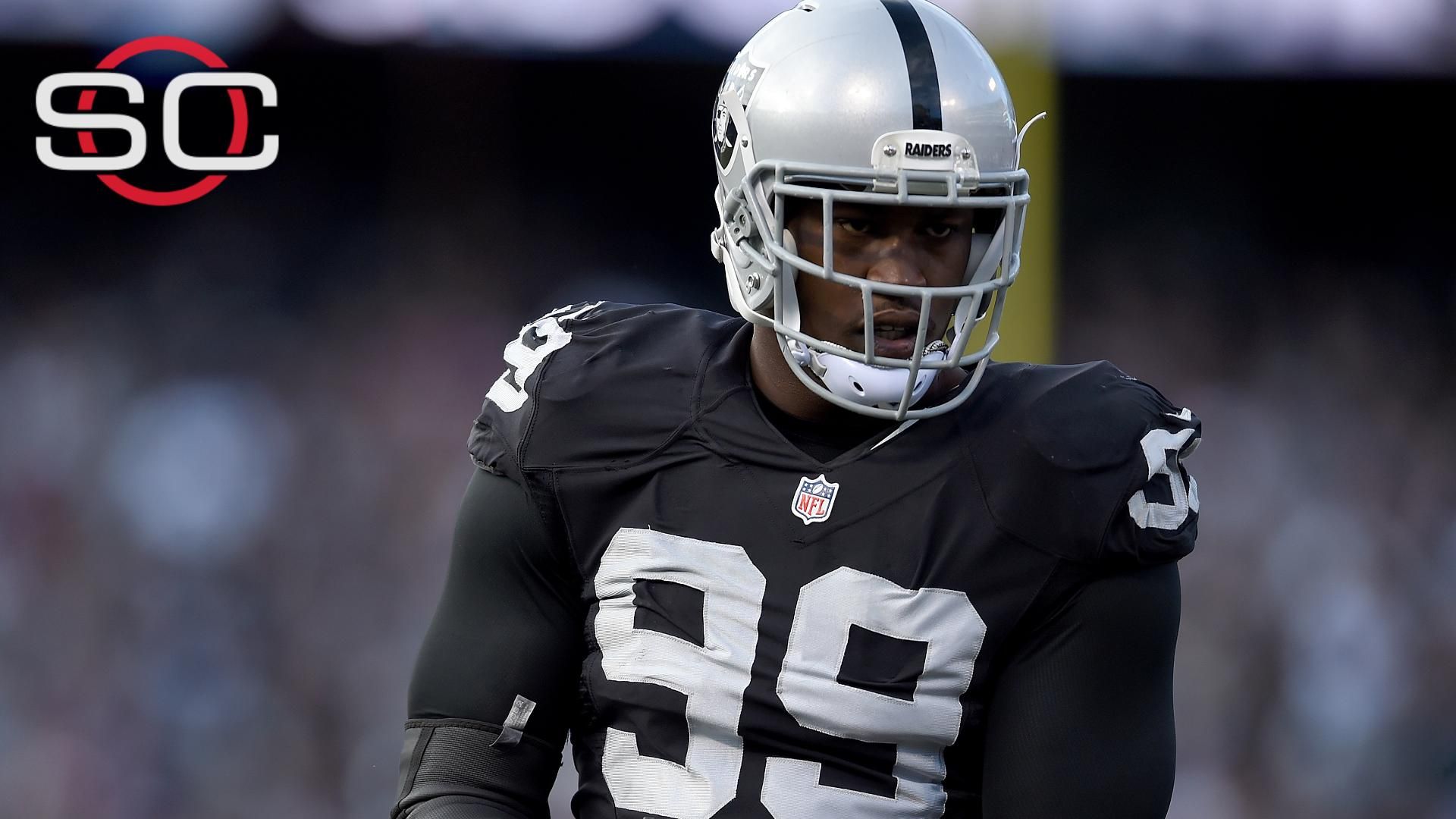 Clayton: Aldon Smith needs to fix his life
After the NFL suspended Raiders LB Aldon Smith for a year, John Clayton says if Smith wants to continue his career, he needs to clean up his life.