Response to protest shows the power of the sports machine

IN 1994, WHEN Colin Kaepernick was 7 years old, Congress gave the federal government the power to oversee local police departments. According to The Washington Post, when the Justice Department has exercised this power -- in cities such as LA, Detroit, New Orleans, Baltimore, Ferguson and 20 others that were assigned independent monitors -- it found patterns of excessive-force violations in 64 percent of cases. Now Milwaukee, in such turmoil it once requested government assistance, is the latest under DOJ investigation.

The fragile relationship between police and African-Americans is in deep crisis, anecdotally and statistically, and when Kaepernick expressed his awakening by refusing to stand for the national anthem, he and any peers considering similarly expressing themselves learned how society will respond to their citizenship and dissent: by using a playbook of distortion and misdirection as old and predictable as the Packer sweep.

For the past two years, after Michael Brown's killing in Ferguson gave rise to a volatile America divided by police and protest, the sports machine -- rooted in the structure of black player/white media/white ticket buyer/white owner -- was largely silent. Some prominent black players expressed support for the protesters; virtually no white male players did. With the exception of the Baltimore Orioles, teams have ignored the grief of their large black fan bases and abandoned their historical neutrality on social issues in favor of hero worship of police at the ballpark, supported by a white mainstream that is rarely the target of police aggression.

Kaepernick protested, and the reaction was predictable. White athletes and the predominantly white media, once largely silent, finally spoke but said very little about the substance of his dissent. They opted for intimidation by pile-on. Athletes and pundits were canvassed, leaving the likes of Drew Brees and Boomer Esiason -- who have no record of scholarship, interest or knowledge regarding police brutality -- to distort Kaepernick's position into a lazy, pseudo-erudite conversation about patriotism. Seahawks quarterback Russell Wilson said something while saying nothing. "I understand and respect the cause ... but I love the flag," he said, only adding to a false argument designed to reinforce the foundation of the establishment.

The response to Kaepernick was an up-close view of the machine and the powerful components that combine to make it work. He exposed the mainstream impulse to discuss social issues only within boundaries that empower it. On its face, the concept of what the flag stands for is uncomplicated, and pouring Kaepernick's statement through the funnel of patriotism allows the majority to remain on the offensive. It allows a smothering of thought to masquerade as courage, for people to maintain their delusions and lack of knowledge while appearing to be provocative. Too many of Kaepernick's critics know nothing -- and have shown they don't care to know -- about the black community, its relationship with police or the staggering statistics that have driven thousands to the streets.

The response also exposes just how thoroughly unprepared the mainstream is to comprehend America through the lens of the black Americans they cheer and work alongside. Real, difficult concepts -- like America not living up to the ideals of its flag (as the Dixie Chicks protested in 2003, to similar backlash), or how police could shoot a 12-year-old child in Cleveland and go unpunished, or how federal oversight of local police was granted in response to officers beating Rodney King when Kaepernick was 3 years old -- are met with hostility and simplistic narratives about patriotism and freedom of speech.

This outrage was never intended to consider Kaepernick's politics, but it did serve an important purpose for the machine by allowing his questions of race, class and policing to remain ignored. It allowed the illusion of discussion to isolate the dissenter while reinforcing the authority of an establishment whose calls for "healing" do not translate into police reform. It allowed players to pander without thinking and created enough backlash and fear -- anonymous quotes from executives have threatened to essentially blackball Kaepernick from the NFL -- to give other dissenters financial pause before protesting.

Meanwhile, Laquan McDonald remains without justice, as do Michael Brown, Eric Garner, Sandra Bland, Philando Castile and Tamir Rice. The opportunity to understand Kaepernick's worldview is all but gone, replaced by a useless referendum on who loves the flag.

Kaepernick: My message was taken out of context
49ers QB Colin Kaepernick shares his thoughts on being booed while playing in San Francisco's preseason game, and addresses what his original message was supposed to convey. 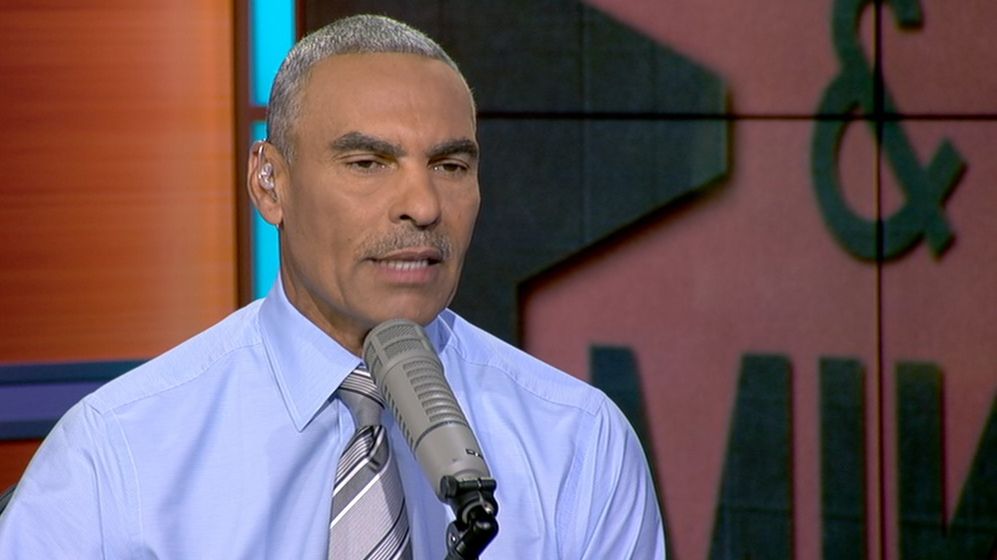 Herm Edwards relays personal story in light of Kaepernick controversy
Herman Edwards explains what life was like growing up in the 60's, in a military family during civil unrest and how Kaepernick's right to protest is protected by military personnel like his father.
Related topics:
sportsespnsan francisco 49ersespnkaepernickespn the magazine49ershoward bryantcolin kaepernick
Copyright © 2020 ESPN Internet Ventures. All rights reserved.
More Videos
From CNN Newsource affiliates
TOP STORIES
Fire near Tahoe raises concerns