“The entire 49ers organization offers heartfelt condolences to Peter and the Harris family on the tragic loss of their son Michael."

"We knew Michael as a caring young man who was a joy to be around and we join the Harris family in mourning his passing."

Michael, 26, was with his girlfriend and three others on a dinghy about a quarter mile off Catalina Island's Casino Point when according to his mother it was struck by a speeding boat. Witnesses say they heard someone screaming for help around 1 a.m. Sunday morning. His girlfriend, Kelly Wells and two other friends were injured and flown to the hospital. A fifth person was reported missing.

The Los Angeles Sheriff's Department and the Coast Guard launched a dive and sonar search but suspended their efforts at 7 p.m. Sunday pending new information.

Peter Harris was the CEO of the 49ers from 2000 to 2004. His family says Michael just received his masters in counseling psychology at Santa Clara University and was starting a new job as a high school counselor. They say they'll miss how much Michael lit up a room, his self-deprecating humor and his compassion for others.

As for the three who were flown to the hospital, two suffered minor injuries while the third is recovering from a head wound.

My deepest condolences go out to the Harris family #ripMichael 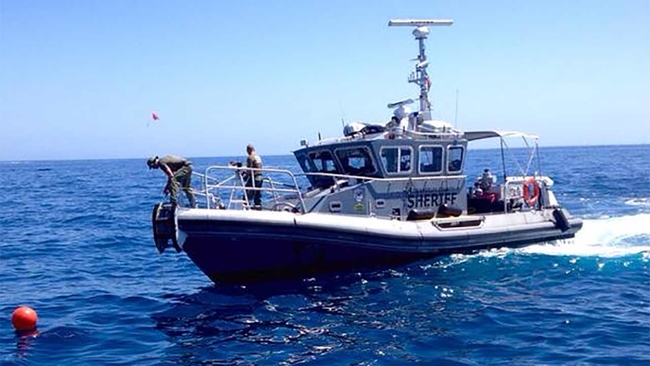