Sources: MLB, union focused on plan that could allow season to start as early as May in Arizona 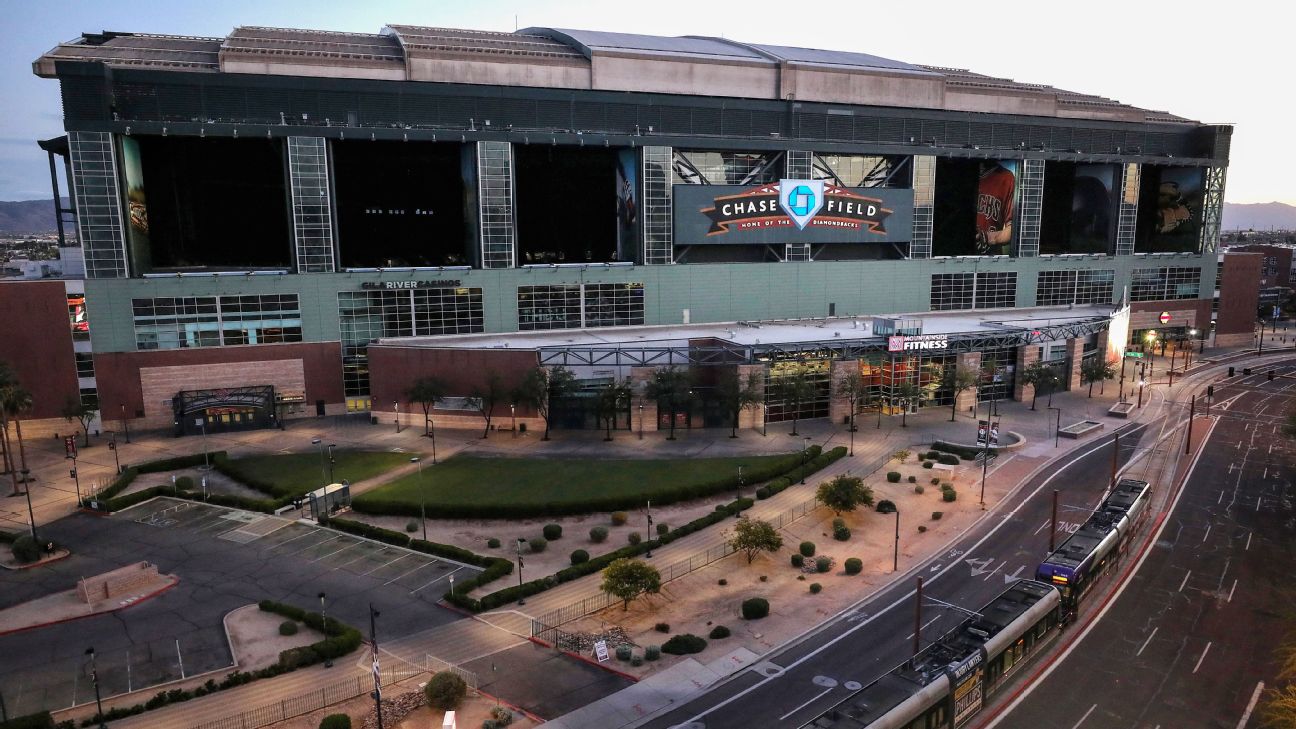 Major League Baseball and its players are increasingly focused on a plan that could allow them to start the season as early as May and has the support of high-ranking federal public health officials who believe the league can safely operate amid the coronavirus pandemic, sources told ESPN.

Though the plan has a number of potential stumbling blocks, it has emerged above other options as the likeliest to work and has been embraced by MLB and MLB Players Association leadership, who are buoyed by the possibility of baseball's return and the backing of federal officials, sources said.

The plan, sources said, would dictate that all 30 teams play games at stadiums with no fans in the Phoenix area, including theArizona Diamondbacks' Chase Field, 10 spring training facilities and perhaps other nearby fields. Players, coaching staffs and other essential personnel would be sequestered at local hotels, where they would live in relative isolation and travel only to and from the stadium, sources said. Federal officials at the Centers for Disease Control and Prevention as well as the National Institutes of Health have been supportive of a plan that would adhere to strict isolation, promote social distancing and allow MLB to become the first professional sport to return.

MORE: Can the U.S. return to sports soon? South Korea might offer clues

MLB issued a statement Tuesday saying that while the one-location plan has been discussed, "We have not settled on that option or developed a detailed plan."

"MLB has been actively considering numerous contingency plans that would allow play to commence once the public health situation has improved to the point that it is safe to do so," the MLB statement said. "While we have discussed the idea of staging games at one location as one potential option, we have not settled on that option or developed a detailed plan. While we continue to interact regularly with governmental and public health officials, we have not sought or received approval of any plan from federal, state and local officials, or the Players Association.

"The health and safety of our employees, players, fans and the public at large are paramount, and we are not ready at this time to endorse any particular format for staging games in light of the rapidly changing public health situation caused by the coronavirus."

The May return date for the plan depends on a number of concerns being allayed, and some officials believe a June Opening Day could be more realistic, sources said. Most important would be a significant increase in available coronavirus tests with a quick turnaround time, which sources familiar with the plan believe will happen by early May and allow MLB's testing to not diminish access for the general public.

While health officials see MLB players as low-risk candidates for COVID-19-related issues because of their age and health, putting protocols in place to ensure the health and safety of older managers, coaches, umpires and other personnel would be paramount to the plan working, sources said.

The logistics to pull off such a plan would be enormous and cumbersome on the league side and require the buy-in of players, who sources expect to be skeptical of separating from their families for an indefinite amount of time -- perhaps as long as 4 months, if the inability to stem the coronavirus outbreak keeps teams from playing in their home stadiums in 2020.

Still, there is hope among leadership on both sides that the combination of receiving paychecks for playing and baseball's return offering a respite to a nation beset by the devastation of COVID-19 would convince players to agree to the plan, sources said.

For weeks, top federal health officials and baseball officials have discussed the feasibility of the plan, sources said. On Saturday, top officials with the MLBPA spoke with health officials who offered the plan as the clearest way for baseball to restart, according to sources. The league and union began discussing the plan in multiple phone calls Monday, sources said. With the uncertainty of how long the coronavirus pandemic will affect the United States, the isolation option leaped to the forefront of the possibilities the league was considering, sources said.

The hurdles go far beyond testing and players' fears of separating from their families. MLB and the MLBPA, sources said, expect to discuss this week the economics of the plan, in which the league would forgo the gate receipts that account for the largest proportion of its annual revenues that exceed $10 billion. The league could reap additional money by adding games to its national television portfolio, with networks likely to leap at live programming as other sports remain shuttered due to the coronavirus, sources said.

Should the league and union agree to a deal, sources said, it would strongly increase the possibility that teams descend on the Phoenix area in May, provided the logistical issues -- securing robust coronavirus testing, lodging, security, transportation and myriad other matters -- can be solved. After a two- to three-week training camp, during which the protocols would be tested and iterated, MLB could consider beginning its regular season, sources said.

While the possibility of a player or staff member testing positive for the coronavirus exists, even in a secured setting, officials do not believe that a positive test alone would necessarily be cause to quarantine an entire team or shut down the season, sources said. The plan could include teams carrying significantly expanded rosters to account for the possibility of players testing positive despite the isolation, as well as to counteract the heat in Phoenix, which could grow problematic during the summer, sources said. The allure of more players potentially receiving major league salaries and service time would appeal strongly to the union, according to sources.

Both sides acknowledge the uniqueness of the season would not be limited to stadium location or roster size. Among the possibilities that have been discussed among people from both sides, though not in the talks on Monday, according to sources:

No mound visits from the catcher or pitching coach

Seven-inning doubleheaders, which with an earlier-than-expected start date could allow baseball to come closer to a full 162-game season

Regular use of on-field microphones by players, as an added bonus for TV viewers

Each option, though far from certain, is likely to be bandied about in the coming days as the viability of the plan for everyone involved takes shape.

The money discussion would not just be between the league and players but among the teams too. Because local television contracts vary significantly by market -- well over $100 million a year separates the top and bottom local TV deals -- those reliant on gate revenues could seek a one-year change to the revenue-sharing plan among the 30 teams.

The sides also would need to determine how many people would live inside the sport's so-called bubble alongside on-field and medical personnel, as well as whether it would include front-office officials, scouts, video personnel and media, among others, sources said.

As consequential and potentially tricky as some of the challenges might be, sources said the league and union are motivated to make the plan work because they realize the alternative might be worse for both sides: no baseball at all in 2020. 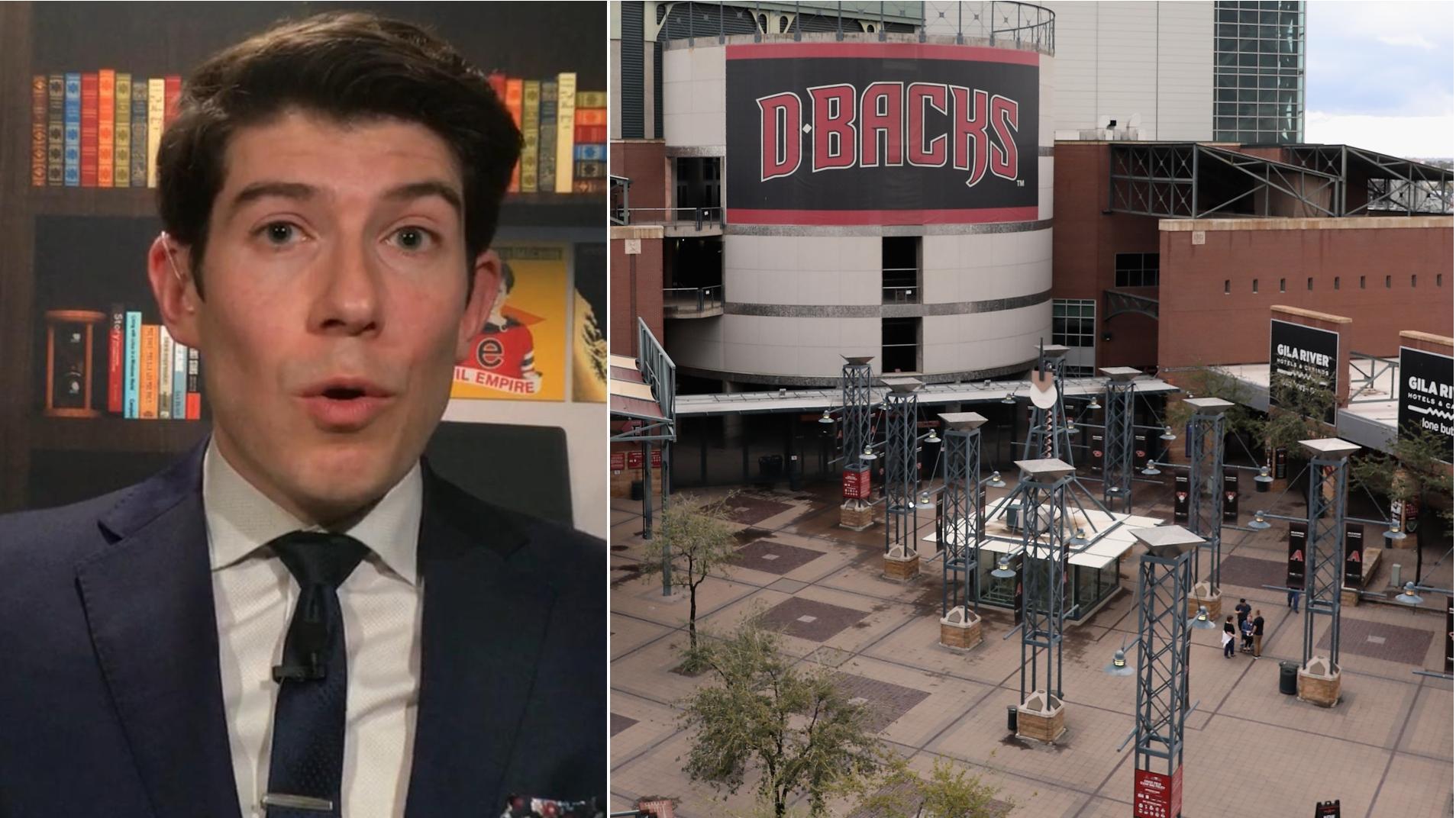 Is it safe to start the MLB season in May?
Jeff Passan gives an inside look into MLB's decision to potentially start the season in May and the health concerns that come with it. 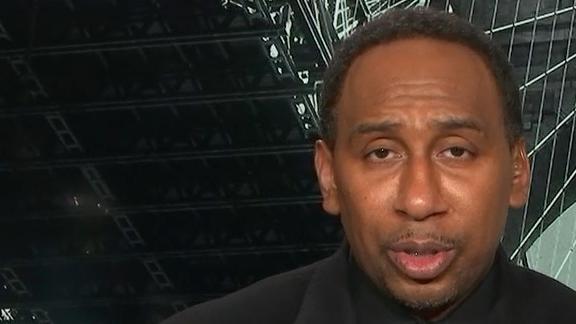