Yaz: Ortiz is better hitter than I was 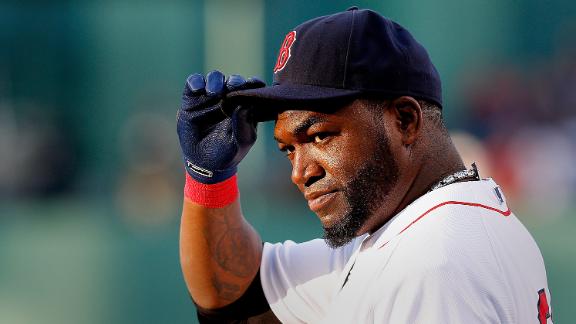 Aside from Ted Williams, David Ortiz is the best hitter in Boston Red Sox history, according to Carl Yastrzemski.

A Hall of Famer and one of the most revered players in Red Sox history, Yastrzemski recently told the Boston Globe that he believes Ortiz is a better hitter than he was.

"I think so, yeah. I would put [Ortiz] ahead of me," Yastrzemski told the Globe. "He had more power than I had."

Ortiz's name has been connected with Yastrzemski's this past week after the Dominican slugger passed the Hall of Famer on Major League Baseball's all-time home run list.

But despite being Boston's all-time franchise leader in numerous offensive categories, including hits (3,419), runs and RBIs, Yastrzemski put himself behind Ortiz when ranking the best Red Sox hitters.

"I would say as a hitter, I would say he's next to Ted [Williams]," Yastrzemski told the Globe.

Ortiz was deferential when told about Yastrzemski's comment Sunday.

The 38-year-old Ortiz has 455 career home runs, tied with Adam Dunn for 35th-most in MLB history. The nine-time All-Star homered twice against the Toronto Blue Jays on Monday to pass Yastrzemski for 36th place.

Ortiz's place in history has been the topic of much debate, particularly because he has spent the majority of his career as a designated hitter. But Yastrzemski continued to endorse Ortiz, arguing that being a DH is deceptively difficult.

"DH-ing is very difficult, and he seems to have mastered it," Yastrzemski told the paper. "It's not that easy. When I DH-ed my last year, I hated it.

"To go to the plate and get yourself mentally prepared, it's not easy to do when you're not in the game. You're watching the game, and then all of a sudden it's like, 'Boom,' you've got to go up there. I give him a lot of credit."