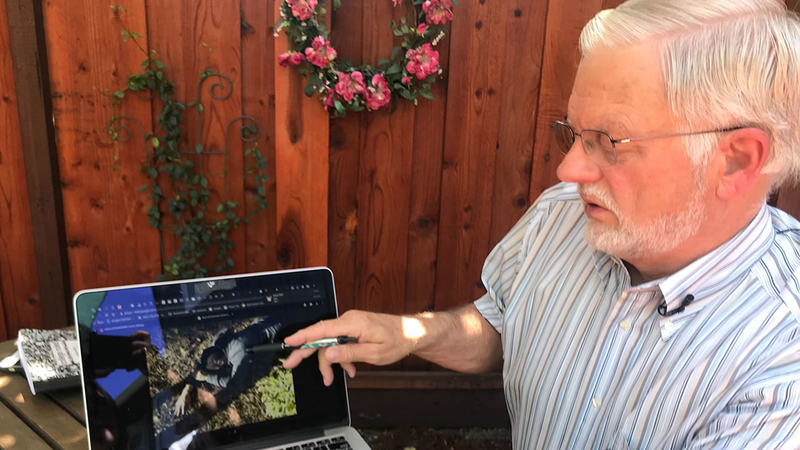 SUNNYVALE, Calif. (KGO) -- Sunnyvale resident Don Draper was at the intersection of Sunnyvale Saratoga Road and El Camino Real at around 6 p.m. Tuesday when he witnessed a driver speed through and hit several pedestrians.

One woman flew into the air and landed in front of his car. In his rage, Draper said he got out of his vehicle and confronted the driver, whose car hit a tree. Draper yelled at him but the driver, who was in his car with the airbag deployed, did not make eye contact.

"The door was open and I yelled at him," Draper said, "And he was saying 'I love you Jesus' or 'thank you Jesus.' Maybe he said both."