Super Bowl 2020: Chiefs' Patrick Mahomes or 49ers' Jimmy Garoppolo - how well do you know the quarterbacks? 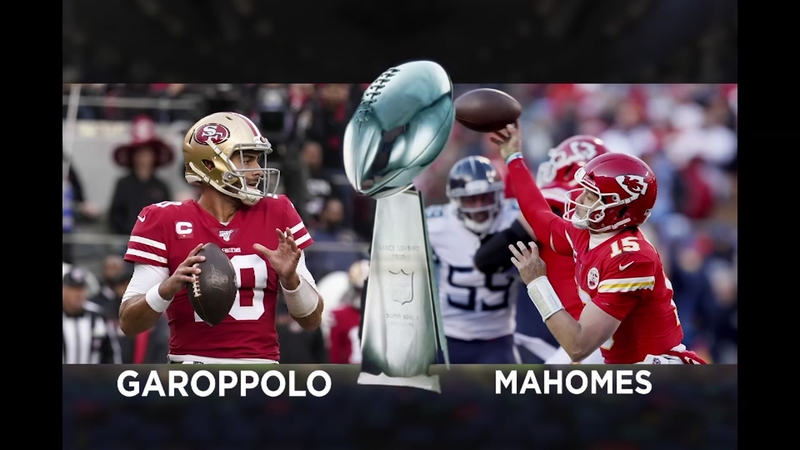 SAN FRANCISCO (KGO) -- Patrick Mahomes of the Kansas City Chiefs and Jimmy Garoppolo of the San Francisco 49ers are the faces of their NFL franchises. Now the two young stars are set to face off under the bright lights of Super Bowl LIV in Miami. But how well do you know the personal lives of these NFL quarterbacks? We've compiled a list of questions to test your knowledge!

Which quarterback has three brothers?

Garoppolo has two older brothers, Tony and Mikey, and one little brother, Billy. They all moved to the Bay Area to be near him. But they also text him after games if he's playing poorly.

Mahomes has a young brother, Jackson, and sister Mia.

Which quarterback's dad was a professional athlete?

Garoppolo's dad was an electrician who used to start work at 6:30 a.m. every day so he could be home in time to coach his son's teams.

Which quarterback was overlooked by big colleges?

Coming out of high school in Illinois he didn't even get ranked by recruiters. The two-star QB ended up going to Eastern Illinois University where he had a standout career.

Mahomes was only a three-star athlete before going to Texas Tech University, but he was named the 2013-14 Maxpreps Male athlete of the year for the state of Texas.

Which quarterback was picked higher in the NFL Draft?

Mahomes was drafted in the first round and tenth overall by the Kansas City Chiefs in the 2017 draft.

Garoppolo was drafted in the second round of the 2014 Draft by the New England Patriots. He was later traded to the Niners.

Which quarterback's teammates gave him a nickname inspired by a popular children's character?

While Garoppolo was with the Patriots, his teammates changed out his locker nameplate to read 'Prince Aladdin'... because of his uncanny resemblance to the Disney character.

Patrick Mahomes teammates call him 'Kermit the frog' because his distinctly froggish voice sounds an awful lot like the Muppets character!