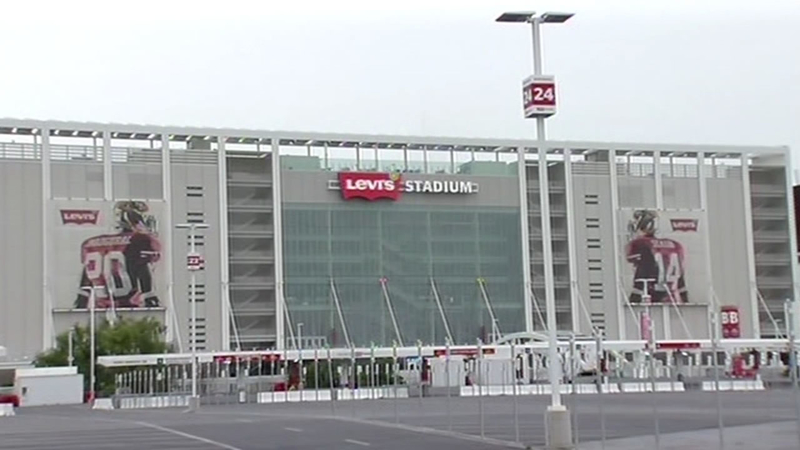 SANTA CLARA, Calif. (KGO) -- As the city of Santa Clara prepares to host Super Bowl 50, Levi's Stadium will take center stage as one of the stars of the show. But in addition to focusing on the new stadium, local officials want to remind people about the history of their town and what makes it special.

Some say Santa Clara is a sleepy town.

But with Super Bowl 50 less than a year away, tourism officials have launched a new campaign ahead of the big day.

"We want to take this opportunity to let the world know all the great things there are to do in Santa Clara," said Andre.

It's called "50 Awesome Things to Do in Santa Clara." And the local convention and visitors bureau is behind the effort.

The list of places to check out includes a historical stroll through the grounds of Santa Clara University and a trip to the Intel Museum, where visitors can explore the technology that changed our world. Visitors can also take a photo next to the 32-foot high statue at Our Lady of Peace church and shrine, or check in with Charlie Brown at Great America. Either way, there's something for all.

"Everyone expects to see a surge with the notoriety that comes with having a Super Bowl," said Roger Ross with Great America.

Ross says the park won't be open during the Super Bowl. But he's hopeful visitors will make a return trip down the road.

"I think it'll put a spotlight on other parts of the Bay Area that people can come to," he said. "So maybe when they're here (they'll think) -- next time I'm in the area I'll check out Santa Clara, I'll check out the amusement parks and see Great America."

The Triton Museum of Art is also on the list. Chief Curator Preston Metcalf says he ready to welcome the world.

"Different flavors, different cultures, different ideas," he said. "And what's beautiful about this region, is that there's a spirit of entertaining those different points of view, not contesting them."

This city, not wanting to be an afterthought.