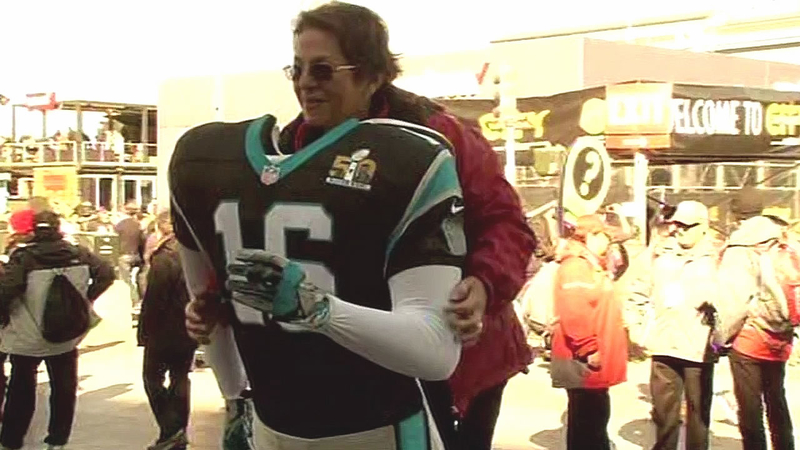 SAN FRANCISCO (KGO) -- The Super Bowl is creating a frenzy of activity all across the Bay Area and at Super Bowl City where fans are soaking in the experience. Super Bowl City opened this weekend and it was mostly a weekend for San Francisco and Bay Area locals. On Monday, Bay Area mayors held a news conference welcoming all the other visitors who are headed here.

When you think of football, you probably don't think of Mariachi bands, virtual reality, or bizarre things like headless football players, where you provide the head, but all that and more is there at Super Bowl City.

People are having fun taking lots of photos of the attractions here, as well as taking photos of the fully-armed SWAT team members who are helping to provide security.

Bay Area residents said Monday seemed like the most opportune time to take in this spectacle before everyone else gets here.

"If you're going to come, come during the weekday and come early, because more and more people are going to come pouring in from outside the Bay Area," Oakley resident Kazuo Gray said.

And everyone else is surely coming. Some people from outside the Bay Area are already here, like Australian resident Rodger Berryman and his family who just flew in from Melbourne, Australia.

"It's about a 14-hour flight, so to be in America for us is a family holiday as well, so we thought we'd pack it all in together," Berryman said.

Now, if you live or work in San Francisco, sure traffic is a nightmare. And yes, you may have to go through security lines just to get to your BART stop. And OK, parking spots in an already tough to city to park in might be off limits for a week.

However, Monday Mayor Ed Lee said this may be the standard set for other future host cities. He said, "I think that Super Bowl 50 has aligned itself with some of the highest standards ever, that I think all the other host cities, maybe they'll come back because they can't beat this standard."

Or maybe the Bay Area will host an even a bigger event. During the welcome news conference with other Bay Area mayors, San Jose Mayor Sam Liccardo joked about a Bay Area Olympics.

Liccardo said a formal application for an Olympics has not been made, but he did day this was like a good fire drill an event like that.