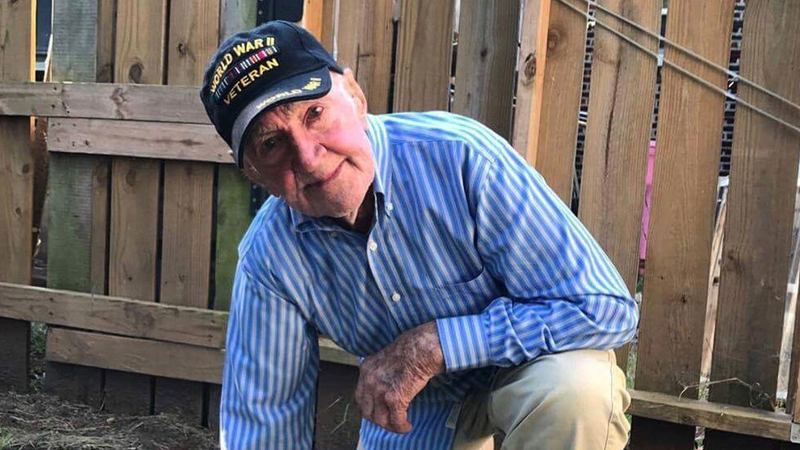 A 97-year-old World War II veteran insisted that "those kids have every right to protest" as he joined the "take a knee" protest over the weekend, and now the photo posted by his grandson is going viral.

My grandpa is a 97 year-old WWII vet & Missouri farmer who wanted to join w/ those who #TakeaKnee: "those kids have every right to protest." pic.twitter.com/LurCj7SLUB

The grandfather, John Middlemas of Missouri, told the News-Leader that he did it to spread a message of love.

"I'm trying to say that you have to love everybody," he said, adding that he wants to teach what he always teaches his grandkids: "Be like Jesus."

Middlemas' protest was meant to express solidarity with a handful of NFL players who kneeled during the national anthem to protest social injustice and police violence, most famously former San Francisco 49ers quarterback Colin Kaepernick.

On Friday, President Donald Trump spoke about the protests at a rally, saying, "Wouldn't you love to see one of the NFL owners, when somebody disrespects our flag, to say 'Get that son of a b---- off the field right now?'"

Over the weekend, NFL players, teams and owners from several teams responded to the president's comments. Some kneeled during the national anthem, while others locked arms. The president responded by saying that only locking arms was an acceptable form of protest.

Great solidarity for our National Anthem and for our Country. Standing with locked arms is good, kneeling is not acceptable. Bad ratings!