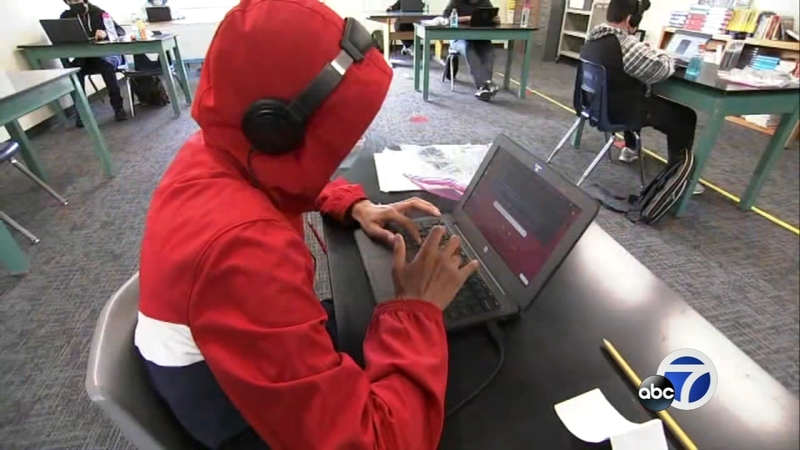 SAN FRANCISCO (KGO) -- A first of its kind survey from the Centers for Disease Control and Prevention (CDC) on teen mental health during the COVID-19 pandemic revealed some startling trends.

The survey was conducted from January to June 2021 among U.S. high school students.

The final report released this week found that more than one third of high school students said their mental health suffered during the pandemic, with 44% reporting feeling persistently sad or hopeless during the past year.

More than a quarter of the students surveyed also disclosed that they had a parent lose a job.

Among the hardest hit were LGBTQ kids and Asian Americans.

RELATED: Bay Area futurist's vision for next 10 years post-pandemic does not include a 'return to normal'

So who did the best during this time? According to the CDC report, students who felt connected to adults and peers at their schools.

The survey said those students were "significantly less likely than those who did not to report persistent feelings of sadness or hopelessness."

They were also less likely to consider suicide or to have attempted suicide.

If you or someone you love is in crisis and dealing with suicidal thoughts or mental health issues, here are some organizations that offer help and hope.