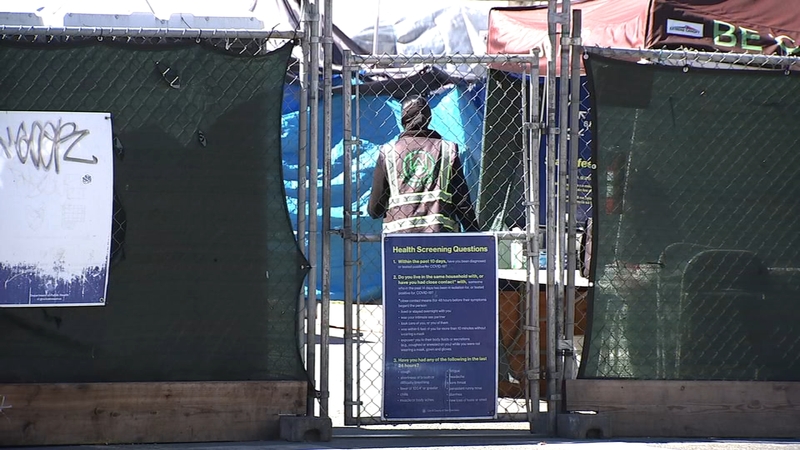 SAN FRANCISCO (KGO) -- The latest victim of crime in San Francisco is a city ambassador from the nonprofit Urban Alchemy.

He is recovering after being shot in the shoulder in broad daylight, in the same alley where a 16-year-old girl was found dead last week of an apparent drug overdose.

"It's terrible. I was over there on the plaza and I hear maybe three to four shots. Other people said it's a shooting. It's not good, but in San Francisco it happens almost every day here. People having guns and shooting over here," said Vladimir Ivanov, a Tenderloin resident.

Vladimir Ivanov has lived in the Tenderloin for 12 years.

Vladimir Ivanov: "It's the Tenderloin. Nobody feels safe in the Tenderloin, specially this time. The last 2, 3, 4 years there are a lot of drug dealers. People having guns and people carrying knives."

The Urban Alchemy ambassadors were not allowed to speak on camera, but could be seen walking down the site in a small group.

In a statement Urban Alchemy's CEO, Lena Miller said:
"We are thankful our Practitioner wasn't seriously hurt, and we are thankful and grateful for the work that he and all of our Practitioners do every day. These streets are not safe," said Miller and added, "The community knows that and we hear from the community all the time how much they respect that Urban Alchemy staff are trying to create positive transformation and safe spaces while often in potentially dangerous situations. For their support we are also thankful."

Now residents are pleading for police to increase protection.

"They need to clamp down because they are tolerating too much," he said.

We went to City Hall where Mayor Breed said she is being aggressive about investing more resources in the neighborhood.

"We are definitely going to need to step up our presence -- Both our wellness teams and our police and a number of other resources in order to ensure safety. Not just for people who are part of Urban Alchemy, but the entire community," said Mayor Breed.

It's been two months since she declared a State of Emergency in the Tenderloin.

Luz Pena: "What would you say has been the progress?"

Mayor Breed: "We've been able to get people the help and support that they need. The crimes that have occurred unfortunately are not new crimes. It's very unfortunate."

A teenager who was found dead in an alley in San Francisco from a presumed drug overdose was identified Tuesday.