70 Years of ABC7: Rare behind-the-scenes video of The Beatles visit to San Francisco in 1965 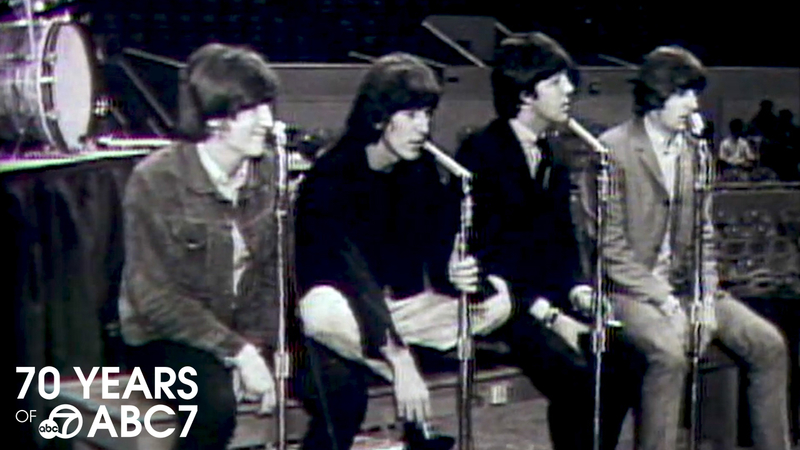 SAN FRANCISCO (KGO) -- In August 1965, The Beatles ended their North American tour with two concerts at San Francisco's Cow Palace. This video includes Channel 7 reporters with The Beatles as they arrive, excited fans who got to see them and a wide ranging news conference held in between performances.

Paul McCartney, John Lennon, George Harrison and Ringo Starr answered questions in their own sly style on everything from police protection to criticism of music with electronic amplification to what they think of San Francisco.

RELATED: A look back at The Beatles' final concert at San Francisco's Candlestick Park

The Beatles played San Francisco three times. The first concert was at the Cow Palace in August 1964 when the city was their first stop on an American tour. They returned a year later in 1965. Then in August of 1966, the Beatles played at Candlestick Park in what would be their last stage performance ever.

Tip for Beatles fans: The news conference is subtitled so you don't miss any of The Beatles' quips!