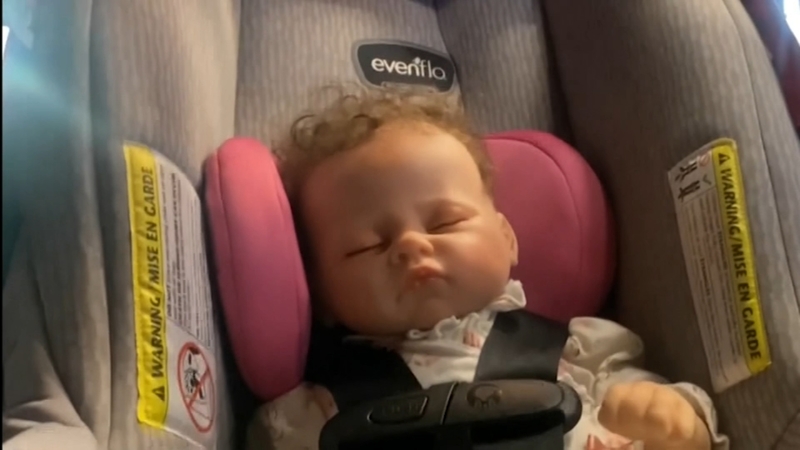 PLANO, TX -- A dozen Toyota engineers have worked for the last 2.5 years to try and prevent another child from dying after being left in a hot car.

The National Safety Council reports that on average 38 children died every year in the United States from that exact scenario. Fixing that sad statistic is the top priority for this group of engineers.

"It's become a mission as opposed to just a job," Simon Roberts said.

The new technology is called Cabin Awareness. It's designed to save lives and prevent heatstroke deaths inside cars, not just from babies left in car seats, but also animals forgotten in the back or who somehow got inside without the car owner's awareness.

Cabin Awareness, unlike some other available systems, does not use video cameras to keep an eye on the backseat or scales to know if something heavy remains in the seat. Instead, the system senses micro-movements--like heartbeats or breathing.

"So we are able to distinguish between a grocery bag and a human whereas a weight sensor can't do that," Roberts said.

When Cabin Awareness realizes something living has been left in the car, it triggers a few alerts. First, your car horn and flashers go off. Then if that doesn't get your attention, you'll get a call or text from the system.

The system isn't officially ready to roll out to the public just yet, but engineers designing the system said they expect it to be in all cars very soon.

"Obviously we are developing this for Toyota and Lexus, but this is something potentially as what we are calling our Volvo moment. Where, they invented the three-point safety harness, the seatbelt that we all have today in every single vehicle. This is something that came out of the Hackathon as part of a social good and innovation movement that we would like to see adopted everywhere," Roberts said.
Report a correction or typo
Related topics:
automotivetoyotahot carinvention
Copyright © 2022 KGO-TV. All Rights Reserved.
TOP STORIES
Person of interest taken into custody after 6 killed in IL shooting
Highland Park parade shooting victims range in age from 8 to 85
LIST: Bay Area 4th of July events
2 police officers shot during July 4th festivities in Philadelphia
Experts call for new COVID vaccine, set expectations for efficacy
Feelings of gratitude, anger this Fourth of July
Joey Chestnut, Miki Sudo win Nathan's Hot Dog Eating Contest
Show More
Search underway for 3 men missing in Sacramento Delta: Officials
1 dead, 4 injured in shooting in downtown Sacramento, police say
Travel trouble with flights, gas prices continues this 4th of July
July 4th: Firefighters warn about dangers of illegal fireworks
SF couple gets $1,500 fine for parking in their driveway
More TOP STORIES News