VIDEO: Traffic backed up for miles after fatal crash on Bay Bridge

KGO
SAN FRANCISCO (KGO) -- Several eastbound lanes of I-80 were closed on Wednesday across the Bay Bridge after a fatal crash that claimed the life of a 23-year-old man.

It was a massive traffic backup that had Bay Area commuters scrambling to take alternate routes, like BART and the ferry.

Some of those commuters who were already on I-80 were left in a standstill for hours.

During the backup, an ABC7 News crew observed someone watching television in their car and a person pulled over to use the restroom in the bushes near the highway.

It is tough to squeeze on Bart this morning. As of 8am Bart officials say they had 4,000 more riders than usual because of the accident blocking lanes on the Bay Bridge. pic.twitter.com/7gKtJ8IlFx

The back up to get onto the Bay Bridge now stretches to at least downtown Oakland... pic.twitter.com/WAaeT7sdZD

It took an hour to get to the Bay Bridge toll plaza from the maze on I-80. There is a fatal accident blocking westbound lanes on the bridge. pic.twitter.com/jHPzDpVCuA 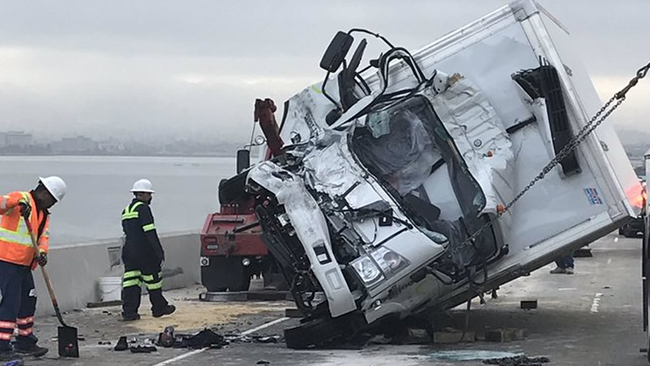