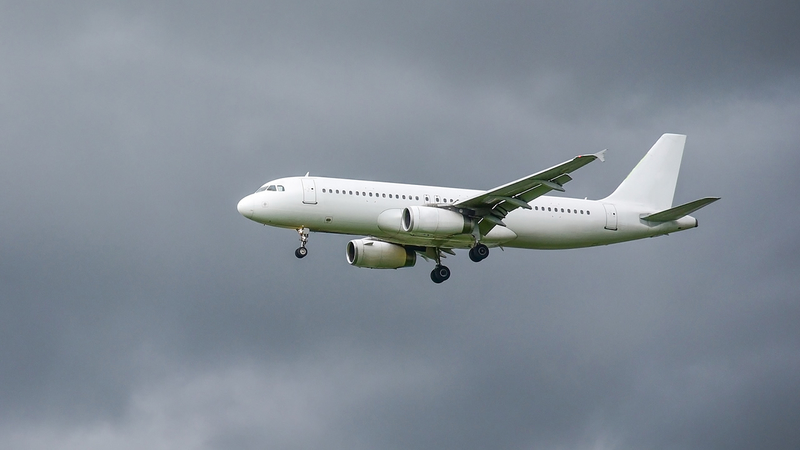 CONCORD, Calif. (KGO) -- Airlines around the world are scrambling to fill vacant pilot seats, but are they willing to sacrifice safety to do that? That's the debate raging right now in the airline industry.

This is already seriously impacting smaller airlines, and could reduce the number of flights to your destination. Some experts now worry, the shortage and proposed changes to how pilots are trained could affect your safety in the air.

You don't have to look far back in time to find out why commercial pilots need to be trained extensively. In 2009, pilots aboard Continental Flight 3407 ignored federal safety recommendations, crashing a commuter plane into a Buffalo, New York home. All 49 people on board and one person on the ground were killed.

Investigators concluded the pilot made critical errors and had a "history of training failures." The Federal Aviation Administration responded to the crash by increasing the number of flight training hours required to become a commercial pilot.

But now some in the industry want those safety rules to be relaxed because of a pilot shortage.

According to Boeing, airlines will need 790,000 new pilots around the world in the next 20 years. Experts say the shortage is due to a massive number of pilots about to reach the mandatory retirement age of 65, expensive training, and other FAA requirements that make it difficult to enter the profession.

Faye Malarkey Black is the President and CEO of the Regional Airlines Association. She says, "If we don't intervene today, this will be nothing short of a devastating crisis for small community air services."

The Regional Airlines Association warns the shortage is already causing small regional airlines to shut down. Smaller communities are losing service, as larger airlines hire pilots away to fill their openings. The RAA wants regulators to allow pilots to qualify with fewer hours in the air, replacing some of it with time in a flight simulator instead.

Many Pilots oppose any change to the rules, saying training time in the air matters.

Captain Dennis Tajer with the American Airlines Pilot and Allied Pilots Association told us, "Proposing ideas that would replace pilot experience with simulator experience is madness, in fact it's insane."

Right now pilots are required to get 1,500 hours of flight time. But because of the pilot shortage, the FAA has relaxed the rule to just 1,000 hours for some student pilots. It saves students money and airlines get pilots faster.

Pilots say there is a reason that training in the air matters. You may recall the "Miracle on the Hudson," when Bay Area hero "Sully" Sullenberger safely landed his plane "on" the Hudson River in New York after an engine failure. It was a move pilots say only an experienced pilot could accomplish.

But other countries do allow pilots to train primarily on simulators, like this one at the Buchanan Field in Concord.

Rashid Yahya is a flight instructor at Pacific States Aviation, one of only a handful of commercial pilot schools in the Bay Area.

"Australia, Canada, Singapore you can actually train a cadet from zero hours to fly an airbus in just in the simulator," said Yahya. He says he's uneasy with the idea of taking pilots out of the cockpit to train more on simulators.

"The simulators are great tools, but they are not airplanes," said Yahya, "They are getting there, but you got to fly the real airplane, get it out into the environment."

In a statement, the FAA tells the I-Team conversations about the 1,500 hour rule are ongoing:

"The FAA is committed to enhancing safety by strengthening air carrier pilot training. The correct balance between training and experience is critical, and the FAA will only consider proposals that would increase safety beyond existing requirements."

RELATED: Could air traffic controller shortage have impact on safety?

But pilots and flight instructors say the 1,500-hour rule is in place for a reason.

"Regardless of what type of airplane you going to fly, you have to have airtime," said Yahya.

"Lowering the experience level can effect whether our passengers are as safe as they are today. This is about saving lives, period," added Captain Tajer.

Flight instructors tell us one of the biggest reasons there are so few "new" pilots is because of the starting pay, around 50 thousand dollars a year. But there is some good news, the pilot shortage has resulted in higher pay with experience - within 3 years a pilot can make more than $100-thousand dollars a year.

(Special Thanks to our colleagues at our sister station WLS in Chicago, Chuck Goudie and Ross Weidner, for contributing to this story.)