ABCNews
By Kelly McCarthy via GMA 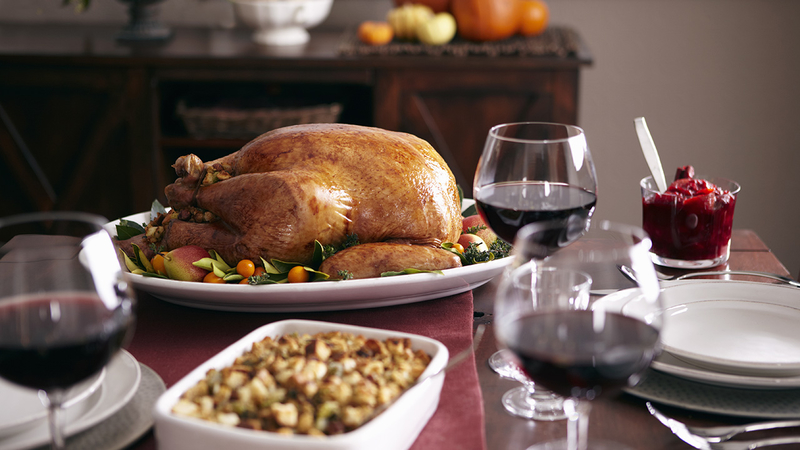 GARNER, N.C. -- Consumers may have to trim their list of trimmings for their highly anticipated Thanksgiving meal this year.

Top turkey seller Butterball said it doesn't expect an overall gobbler shortage, but that those in search of a smaller size bird could have a hard time.

"Typically a 10 to 12 pound [turkey] up to 14 pounds is going to be more difficult. Anything over 16 pounds -- they'll certainly be more readily available," Butterball CEO Jay Jandrain told "Good Morning America" on Friday.

"We recommend that if you're looking for a smaller bird you get out early. We are already seeing some pretty brisk sales at the retail level, particularly with regard to the smaller turkeys," he continued. "Really it's brought about because of the challenges we've all experienced with COVID and the labor shortages that we've had."

Jandrain explained that without as many people in the facilities to process their turkeys, Butterball birds "were at the farms longer than they normally would have been and grew larger, so that's really the reason we're seeing larger birds this year."

It's not just the main dish that could potentially run afoul this season, as other companies warn of potential shortages.

For cranberry sides, Ocean Spray told ABC News that it is "committed to meeting customer demand" but has "experienced a variety of supply chain challenge," like aluminum can shortages, transportation and other factors.

According to The Wall Street Journal, some supermarkets began placing orders in February to meet November demand. But even so, market research firm IRI said some staples may be harder to come by -- and if you can find them, it could cost more to feed your guests. According to the American Farm Bureau Association, food prices are up 3.7% this year.

Krishnakumar Davey, president of client engagement at IRI, told "GMA" that products such as refrigerated pies, bakery pies and pre-made liquid gravy "are a little less than ideal in terms of in-stock positions."

"Many of the Thanksgiving items are also running around 5 to 10% higher than what they got last year," Davey said.

Retailers are reiterating the same advice they have all echoed previously and often -- shop early.

But Jandrain also added one helpful point about the star protein.

"Turkey is the most economical part of the meal, quite frankly. On average it's around a dollar a pound. It's hard to find a protein a dollar a pound at your store, so it's still an incredible value," he said. "And the good news -- if you have a larger turkey, you have more leftovers. And who doesn't love leftovers the next day?"
Report a correction or typo
Related topics:
food & drinkholidaythanksgivingu.s. & worldgrocery storeturkey
Copyright © 2021 ABC News Internet Ventures.
THANKSGIVING
Mother reunited with family after more than 7 months in hospital
SFO sees big uptick in travelers for end of holiday weekend
Shoppers line up for Black Friday, Best Buy bargains in Milpitas
Holiday leftovers guide: How long foods last
TOP STORIES
Shoppers return to SF Union Square with heavy police presence
NorCal Planned Parenthood preparing for non-CA abortion patients
Homeowners burn down house in attempt to get rid of snakes
Parents charged in school shooting arrested, plead not guilty
CNN fires Chris Cuomo following suspension, investigation
Parents send child with COVID to class causing mass quarantine
Passenger jumps out of plane taxiing at Phoenix airport
Show More
COVID updates: 5 cases of omicron variant identified in Alameda Co.
Money found inside megachurch walls possibly tied to 2014 theft
Contact tracing revs up as omicron cases detected in several US states
Thousands of Air Guard, Reserves don't meet vaccine deadline
Hawaii to see blizzard with at least 12 inches of snow
More TOP STORIES News