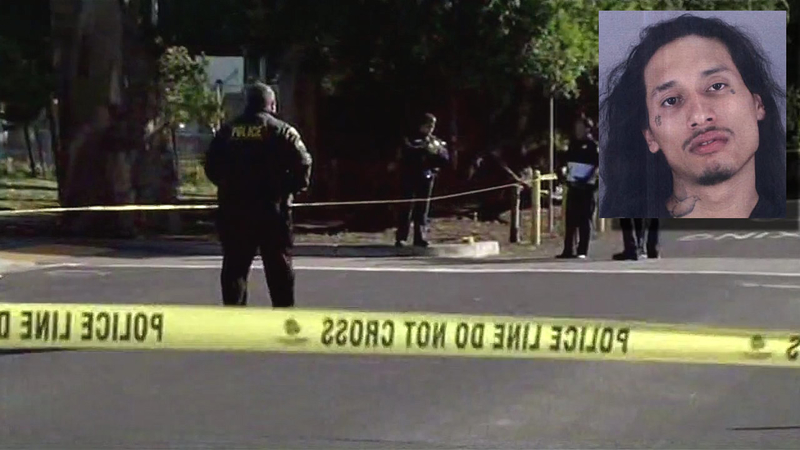 2 men injured, 1 critical after being shot in South San Francisco at Orange Park. Police are looking for a suspect. pic.twitter.com/9EbNFTQVZ2

Officials said it happened shortly before 3 p.m. when an altercation broke out between three men three blocks away from the park. Then, the three men headed to Orange Memorial Park where the shooting took place.

Police said Cruz allegedly shot both men. Both were taken to a local hospital where one of the men died after undergoing surgery and the other is in stable condition.

A street vendor near the scene heard the shots. "Three shots only, pop, pop, pop and two guys on the ground and that's it. A lot of police came and an ambulance picked up the guys," Jose Gonzalez said.

"The subject is described to be a Hispanic adult male, approximately 5' 7" tall, weighing 150 pounds and he was last seen wearing a blue wind breaker with a yellow stripe going down the arm. And he was last seen running westbound through Orange Memorial Park," South San Francisco Sgt. Ken Chetcuti said.

There are a number of after school programs in the area such as a Boys and Girls Club, which was temporarily put on lockdown while police responded to the scene. Fortunately many of the kids were still in school when the shooting broke out.

Police confirmed South San Francisco High School and Los Cerritos Elementary School were on what police call secure campus mode, which means the doors are closed and no one is let in and out of the school.

Police said students were never in any danger.