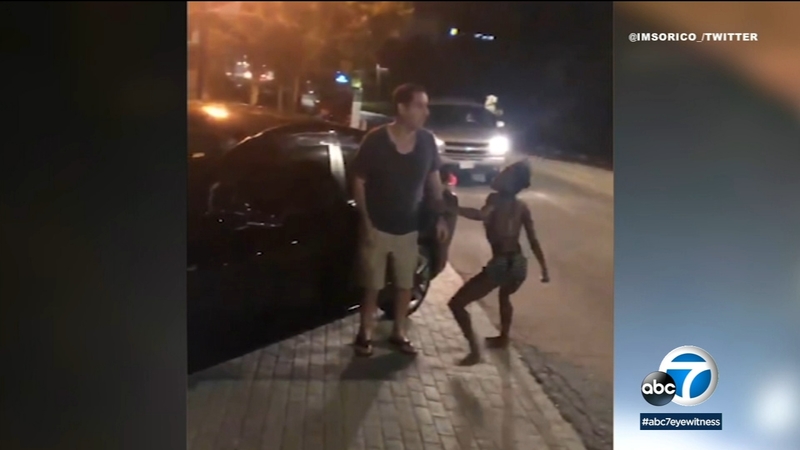 ATLANTA, Ga. -- The potential dangers faced by rideshare drivers are starkly illustrated in a video of an attack by a woman who climbed on one driver's hood and bit him for no apparent reason.

The dramatic video shows a woman climbing on the hood of an Uber vehicle, breaking the windshield wiper and then attacking the driver.

At one point, she opens the door of the Prius and tries to get inside, but the driver grabs her, pulls her out and throws her to the ground.

The woman throws a punch and begins trying to attack the driver. That's when he puts her in a headlock to try to restrain her, but she then begins biting him on the rib cage.

"The pain is horrible pain," he said. "A dog does not bite like this. She's still biting while I'm pulling for about 30 seconds."

Hadi said he hasn't seen a doctor because he doesn't have medical insurance.

He posted a photo of his wound on a GoFundMe page that he set up hoping people can assist with his medical and vehicle expenses.

The incident happened in Atlanta on Aug. 18.

Uber driver Yasser Hadi was attacked by a woman in Atlanta for no apparent reason.

Hadi said he had just dropped off a passenger when the woman approached his vehicle and started arguing with him, and then attacked.

Video recorded of the incident refers to the apparent mental state of the attacker:

"Lol i can't make this up, Last night i witnessed the zombie apocalypse," @ImsoRico_" wrote on Twitter.

Lol i can’t make this up , Last night i witnessed the zombie apocalypse 😂. pic.twitter.com/Z4rgBjGDmn

Hadi said the person who recorded that video for about a minute then stopped filming to try to help him. But that just made the woman bite down harder, he said.

Atlanta police later arrested the woman and identified her as Tasheena Denise Campbell, 26, of LaGrange, Georgia.

Campbell was arrested for battery and criminal trespass. The police report says she had two prior warrants related to probation violations for a traffic offense and simple assault.

The police report also says that when Campbell was brought back to the station, she urinated on the floor and was banging her head against the wall. She had to be physically restrained.