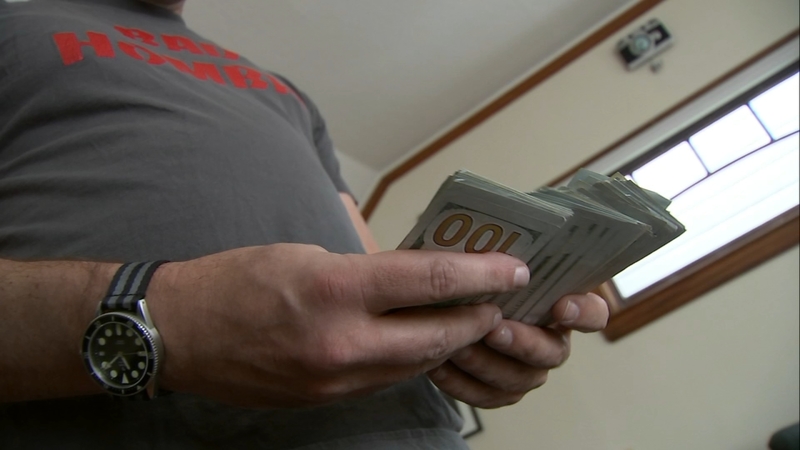 SAN FRANCISCO (KGO) -- For Alex Furman, watching the ongoing war in Ukraine has been difficult.

"All the stages of grief, right. Like anger, fear, bargaining- there was a little bit of bargaining. It hit me pretty hard," Furman said.

As the world watches scenes of devastation continuing to unfold in the eastern European country, Furman says he felt compelled to do something.

And do something, he did. Furman is the the co-founder of the San Francisco-based biotech company Invitae.

Together with his wife and their friends, the pair has so far raised nearly $200,000.

Now, Furman is catching a Friday afternoon flight out of SFO and heading to the Ukraine-Romania border to distribute the money he's helped raise.

As more than 1-million flee, thousands of Bay Area Ukrainians are looking to head the opposite direction - to go home and fight against Russia.

Both Furman and his wife were born in Russia and came to the U.S. as Jewish refugees.

They say they know first-hand how much a little assistance can help those who have left everything behind.

"Alex's family got here. It was three kids with one parent. They only had $200 in their pocket. That was it," said Furman's wife, Marina Eybelman.

Marina will stay back in San Francisco, but will still be playing a critical role in continuing to raise money and keeping people updated online.

"There is definitely a certain amount of guilt over being Russian. I grew up in Moscow. And I definitely feel bad for what's happening there," Eybelman said.

But Furman says that this is only the beginning. Even after he returns home to San Francisco, he plans on continuing to help any way he can.