A sinkhole in Union City that started out as 6 feet by 6 feet has expanded to 25 by 25, and crews say they're still not sure how long it'll take to repair and what caused it.

UNION CITY, Calif. (KGO) -- It's now day two for crews trying to fix water and sewer pipes damaged when a large sinkhole opened up right outside a fire station in Union City. Water service has been restored, but no one knows how long repairs will take.

The cause of the sinkhole is still unknown. The utility companies say their top priority is to repair damage and to make sure homes and schools have water. Water service has been restored. They say they'll get to the cause later.

The sinkhole has gone from 6 feet by 6 feet to 25 by 25. And it's slowly getting deeper because of excavation. Crews from Alameda County Water District have gone down 10 feet in order to repair a 16 inch water main that was ruptured as the sinkhole grew.

Underneath the intersection of Alvarado Boulevard and New Haven Street is a maze of utility pipes, including gas lines from PG&E and a major sewer line belonging to Union Sanitary District. The repairs are being done one step at a time.

"They will dig down a little bit deeper to where their sewage pipes are and that will help us to move closer to determining a cause of this sinkhole," said Union City Communications Manager Lauren Sugayan.

Replacement pipe for the water main has arrived and is being soldered together. The broken water main is 44 years old. It was first installed in 1971. The water district could not say if it was slated for replacement.

"This appears to be unusual circumstances," said Sharene Gonzales with the Alameda County Water District. "We don't want to make any speculation, but we do have ongoing investments in our infrastructure."

The resident who reported the bump in the road to firefighters on Wednesday is surprised to see how big it is now.

"I didn't realize it was going to be this big," said resident Carl Roldan. "I thought it was just like a small bump or small sinkhole, but when I saw it right now it's crazy."

The utility companies don't want to pinpoint how long repairs will take. A baseball tournament next to the sinkhole is scheduled for this weekend.

"I don't want the kids during the game all of a sudden focus over here, and a ball gets hit to them and they get hit in the head," said Baseball League Board President Jaime Del Gadillo. "Hopefully they keep their mind on the game and just play baseball." 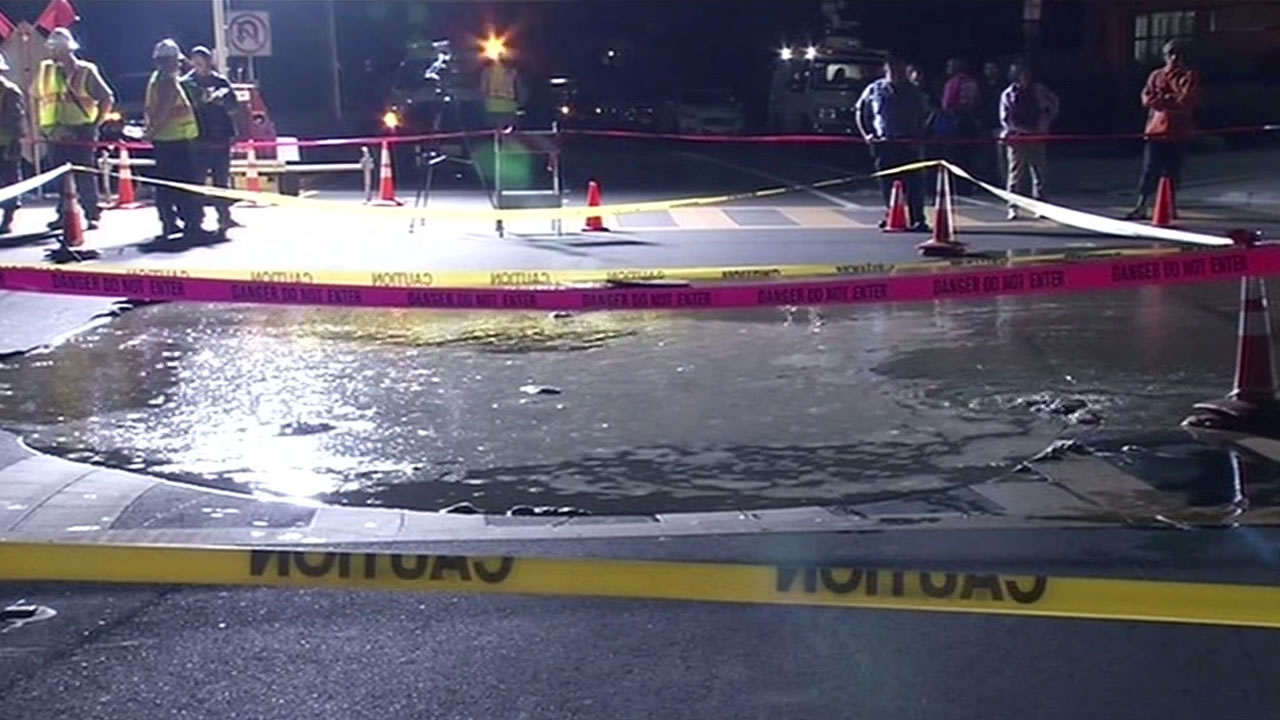 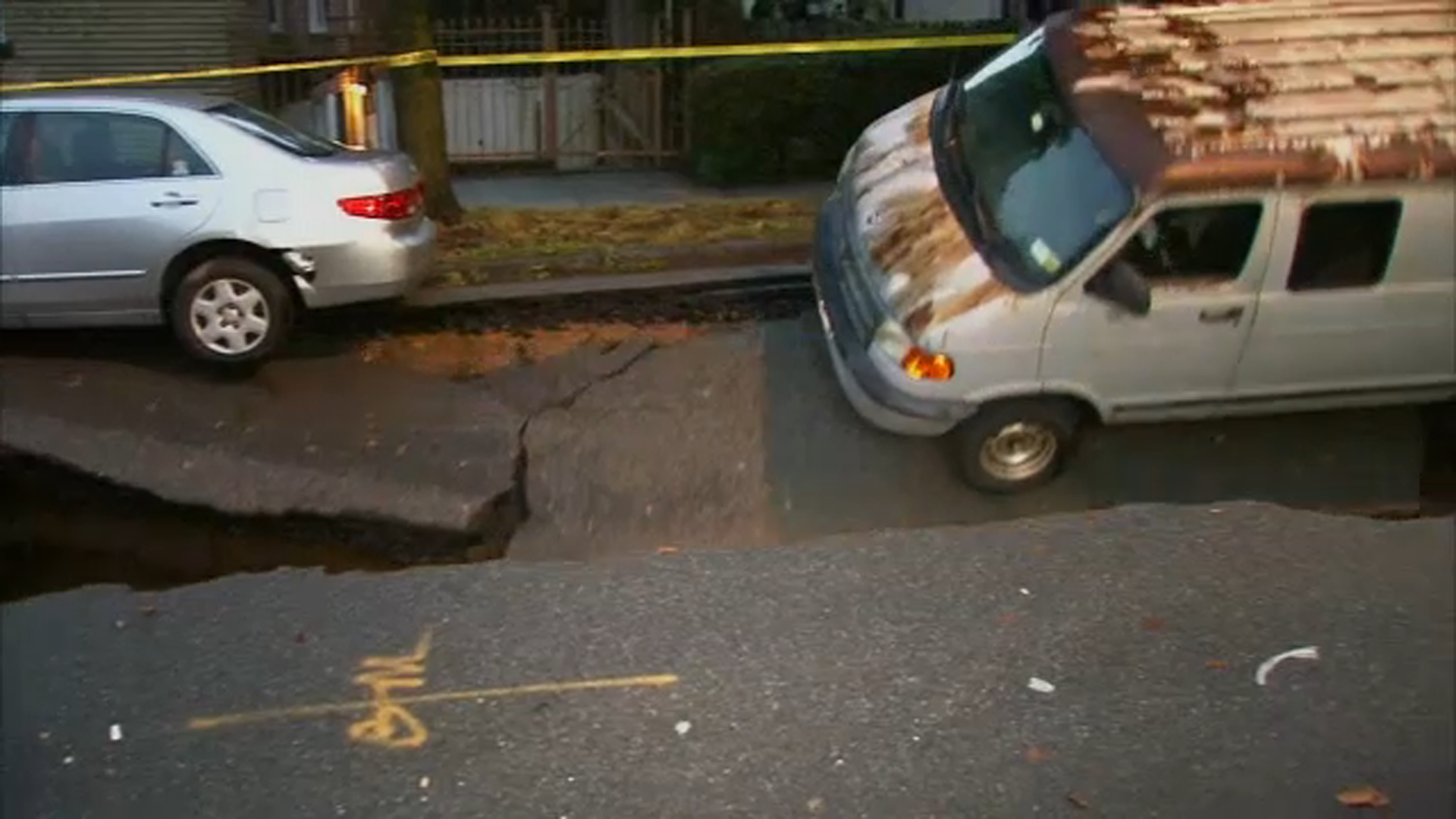 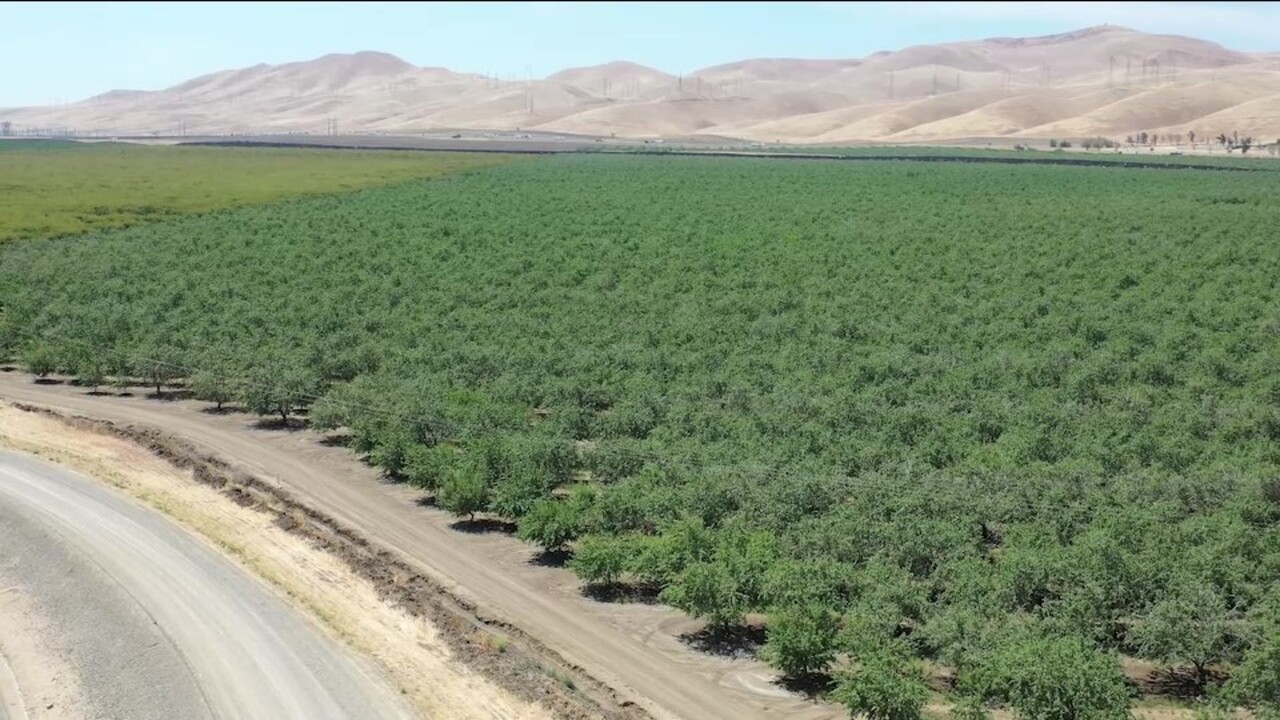