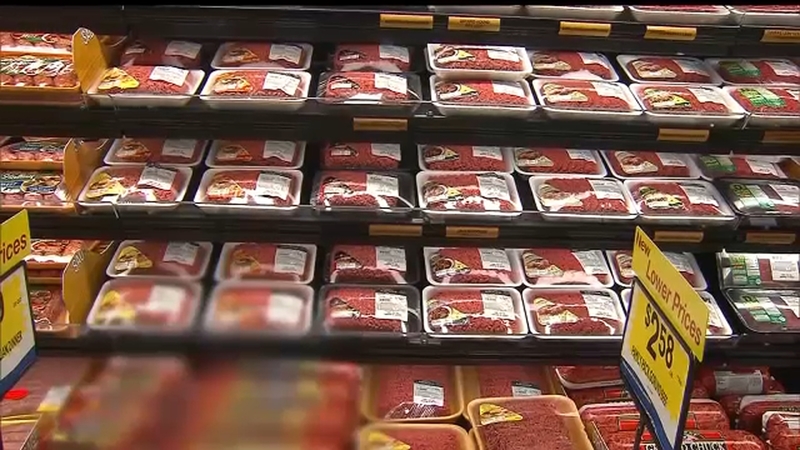 About 40,000 lbs of ground beef are being recalled from Lakeside Refrigerated Services

The US Department of Agriculture says about 40,000 pounds of ground beef are being recalled.

The seven affected products are from Lakeside Refrigerated Services in New Jersey because they may be contaminated with E. coli , according to a CNN report.

The raw ground beef products produced by Lakeside Refrigerated Services, a company in Swedesboro, New Jersey, were shipped to retail locations nationwide, according to FSIS.

The recalled products were produced on June 1 and have the establishment number "EST. 46841" inside the USDA mark of inspection.

"E. coli O157:H7 is a potentially deadly bacterium that can cause dehydration, bloody diarrhea and abdominal cramps 2-8 days (3-4 days, on average) after exposure to the organism," reads the recall notice from FSIS. "While most people recover within a week, some develop a type of kidney failure called hemolytic uremic syndrome."

Some kinds of E. coli cause disease by producing Shiga toxin. The bacteria that make these toxins are called "Shiga toxin-producing" E. coli (STEC). The most commonly found STEC in the United States is E. coli O157:H7.

The Centers for Disease Control and Prevention estimates that there are 265,000 STEC infections each year in the United States. E. coli O157:H7 causes more than 36% of these infections.