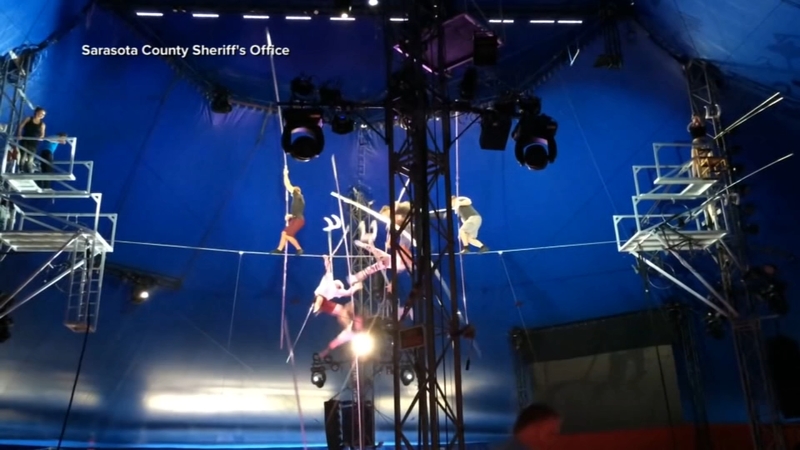 SARASOTA, Fla. -- Newly-released video shows horror on the high wire as circus performers plummet to the ground during a rehearsal gone wrong.

The accident in Sarasota, Fla., involved famous daredevil Nik Wallenda and his family, the Flying Wallendas, who are known for performing high-wire acts without safety nets. The family has a tragic history with the act, but incredibly, everyone survived this fall.

Video shows five high-wire performers losing their balance during practice and plummeting 25 feet to the ground below.

The group was rehearsing a complex, never-before-performed eight-person pyramid in February 2017 that would have set a world record.

Wallenda, nicknamed "the King of the Wire," is known for pushing limits and is famous for his death-defying high wire stunts. But the daredevil admitted the accident made him think he might never perform again.

"I've shed a lot of tears, if I'm being completely vulnerable. After that accident, I had to experience it over and over again in my head and I think I had a little taste of what PTSD is," Wallenda said in a video posted to Instagram.