KGO
By Wayne Freedman
CONCORD, Calif. (KGO) -- It was a hot day in the Bay Area, and the East Bay may have been hit the hardest.

By the time ABC7 arrived at Willow Pass Road Monday morning, 15 acres of grass in the former Concord Naval Weapons Station had burned. That blaze came within 100 yards of homes.

Thank a fast response by firefighters and good fortune on a day when heat, low humidity and dry grass could have conspired for much worse.

"It's so dry, it's not a shock. But so close to home, you feel unnerved," said Bobbie Lope, who lives in the neighborhood. And, even more so considering that this was the second fire along Willow Pass Road in a four days.

Steve Hill of the Concord Fire Department does not believe they are connected.

"It's likely this is something that came out of a vehicle like a cigarette butt."

Fire began on Willow Pass Road and burned through the former Concord Naval Weapons Starion to within 100 yards of homes. Second fire in the area in 72 hours. Not suspicious in origin says PIO. #abc7now pic.twitter.com/ezWkOZEq64

For the rest of us, this heat just settled down and took over. Now imagine having to work in it.

"Well, sometimes you don't think. You're just out there. Your body gets numb," said Eric Bartow, who spent Monday controlling traffic on hot asphalt in Antioch. He drinks a dozen bottles of water per shift. "Do this long enough," he said, "A person does get used to it. Start in the morning and you warm gradually."

In order to find someone in avoidance mode, we visited the local marina. The, we found Jimmy Do, loading ice and food into jet skis as the thermometer approached three figures.

Temps pushing past 3-figures in SF's East Bay, but Jimmy Do has a plan at the #Antioch marina. "How hot is it?" we asked. "Hotter than home." "And where is home?" "It used to be Vietnam." So, if Jimmy says it's hot, then it's hot. But, he's keeping cool. #abc7now #heat #hot pic.twitter.com/4HL1bhilLu

Then, away he went with a friend and two sons into the Delta water, spreading spray and basking in every drop.

At least a cool time was had by some of us.

In #Concord now with residents watching 15 acre fire adjacent to their homes. Looks like they will be okay. But there is a breeze blowing this way. #ABC7now pic.twitter.com/VVOqDwKaWr 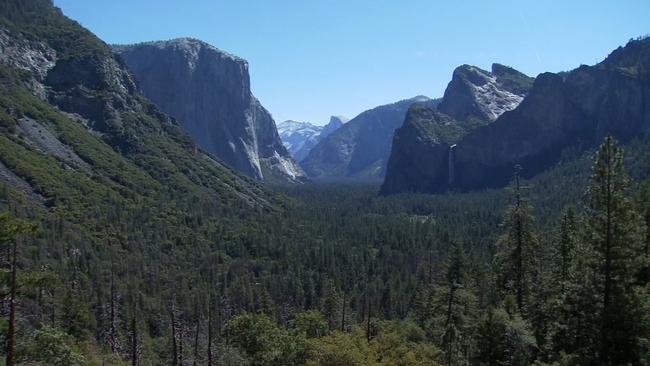