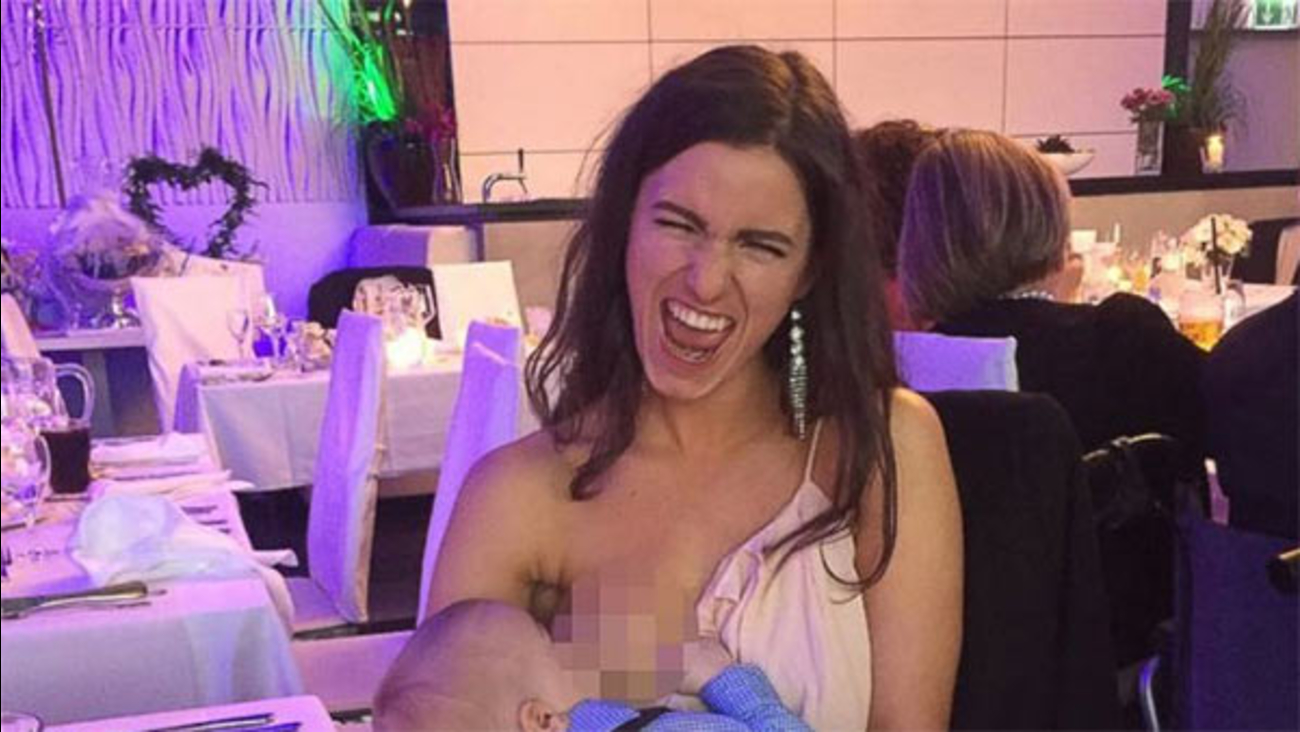 Naomi Jael Covert tells ABC News she had no idea that when she posted a picture of herself breastfeeding her 10-month-old son at her best friend's wedding in Germany that she would spark a heated conversation.

The photo has gone viral, reigniting a conversation in the U.S. about breastfeeding in public.

Naomi Jael Covert told ABC News she had no idea that when she posted a picture of herself breastfeeding her 10-month-old son Anthony "TJ" Covert Jr. at her best friend's wedding in her native country that she would spark a heated conversation.

"But I'm married to an American and I know it's kind of an issue there," the mother said, referencing her husband of a year, Anthony Covert, who serves in the U.S. Army. He's been deployed since last November.

When empoweredbirthproject, an Instagram account that posts empowering images of motherhood, shared Covert's photo, it was liked more than 13,000 times but also had over 600 comments, both positive and negative.

"I read the comments and I was like, 'Oh wow' because people were so rude," Covert, 21, recalled. "It kind of hurt. I had heard before that it's frowned upon in America and (women) get treated mean or maybe even thrown out of restaurants, but I often thought it was made up."

In April, mother of two Stephanie Rhodus said she was kicked out of a Henderson County, North Carolina, courtroom for breastfeeding her 8-month-old boy, Archer, during a child custody hearing -- despite the fact that it's legal to breastfeed in public in North Carolina.

"That's all I know," Covert said of breastfeeding. "My grandma breastfed. My mom breastfed. I have five siblings and she breastfed of all us until we were 16 months and they're my role models."

Covert added that the wedding guests thought her breastfeeding was "normal."

"It's literally like you're eating a snack right now or you're drinking your coffee," Covert continued. "I'm not doing anything wrong."

In the U.S., breastfeeding laws vary across states.