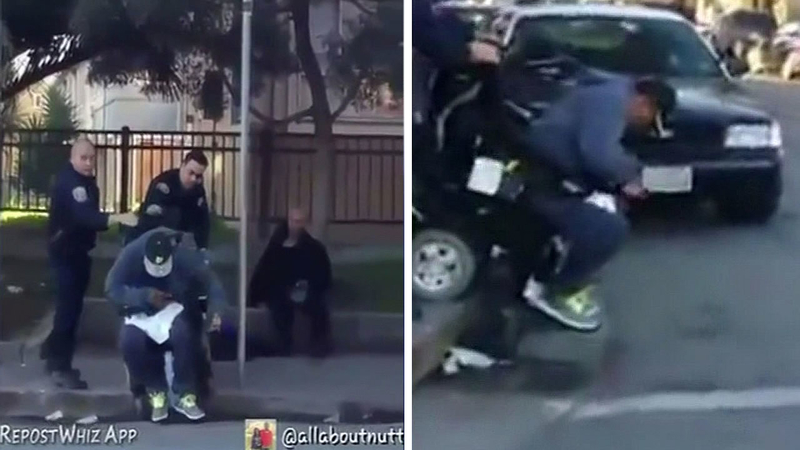 SAN FRANCISCO (KGO) -- A police investigation is underway after new video surfaced which appears to show a San Francisco police officer trying to tip a disabled man out of his wheelchair. ABC7 News spoke with the man at the center of the investigation.

Bo Frierson says he'll make a formal complaint against San Francisco police after an incident occurred involving him and his wheelchair. It was caught on tape.

"I'm not a threat to anybody," Frierson said.

He says he wanted to help some friends Sunday who were being questioned by San Francisco police after an argument.

One video clip shows Frierson moving his wheelchair toward the group in hopes of intervening, but officers tell him to leave, and at one point, one of them appears to try and tip Frierson out of his wheelchair, then push him off the curb. At that point, friends rush in to help.

Frierson said the officer was trying to throw him out of his wheelchair. "He dumped me out, you see, a couple of times. Lucky for the seatbelt. Everyone wear your seat belts."

Frierson denies running over the officer's foot, but if you watch the clip again, it's hard to tell what happened. Frierson is paralyzed with a spinal cord injury from an accident. He's been recuperating at Laguna Honda Hospital for the last year. He says this video is hard to watch.

"What if I were to just fall on my face? I could have died," Frierson said.