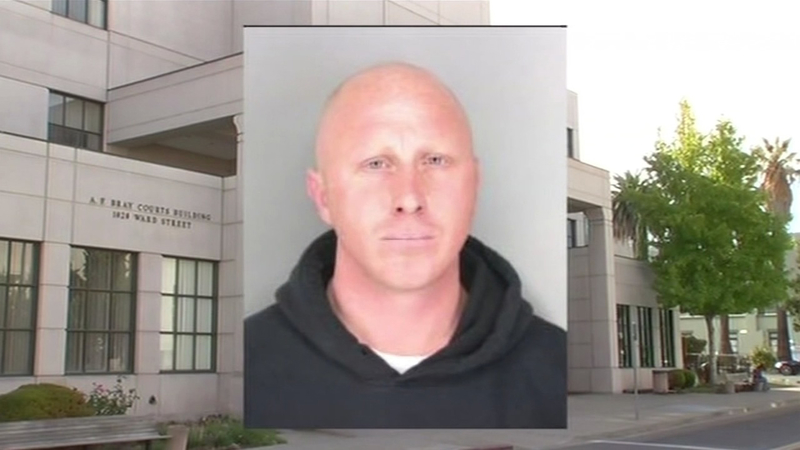 MARTINEZ, Calif. (KGO) -- A Pittsburg man went from an accused white-collar criminal to a multiple murder-for-hire suspect, all while behind bars at a Contra Costa County jail in Martinez for the past 18 months.

Charles Waldo has been charged with dozens of crimes but nothing violent - until now.

"Before it was 40 years tops, now it's 25 to life," explained prosecutor Bill Murphy.

Already facing 50 felony counts for mostly white-collar crimes in Contra Costa County, Charles Waldo has now been indicted for soliciting nine murders-for-hire while in custody at the Martinez jail. This indictment comes as his trail set to begin, which includes more than 200 witnesses, nine of Waldo was allegedly plotting to eliminate.

"There were two witnesses that allege Charles Waldo approached them, one of them, solicited them and conspired with them to murder some of the witnesses in the original crimes. We found a document that was a hit list and showed the ways they wanted the different crimes done," said Murphy.

According to the district attorney, the methods include staged car accidents, drug overdoses and robberies that had "gone bad."

The original charges against Waldo revolve around his four year employment at Rapid Recycle in Martinez, where he worked his way up to manager.

Among the many charges: insurance fraud, theft and embezzlement of $100,000, and after he was fired, slashing the tires of company vehicles.

"Mr. Waldo had no reason to do what he's alleged to have done," claims Howard Williams, who represents the 38-year-old Waldo. Williams says his client is really a brilliant businessman, who is often misunderstood.

"He's sort of a Steve Jobs-like figure, a guy who is such a natural businessman, such a natural go-getter. In the process, like Steve Jobs, he didn't make a lot of friends, necessarily," said Williams.