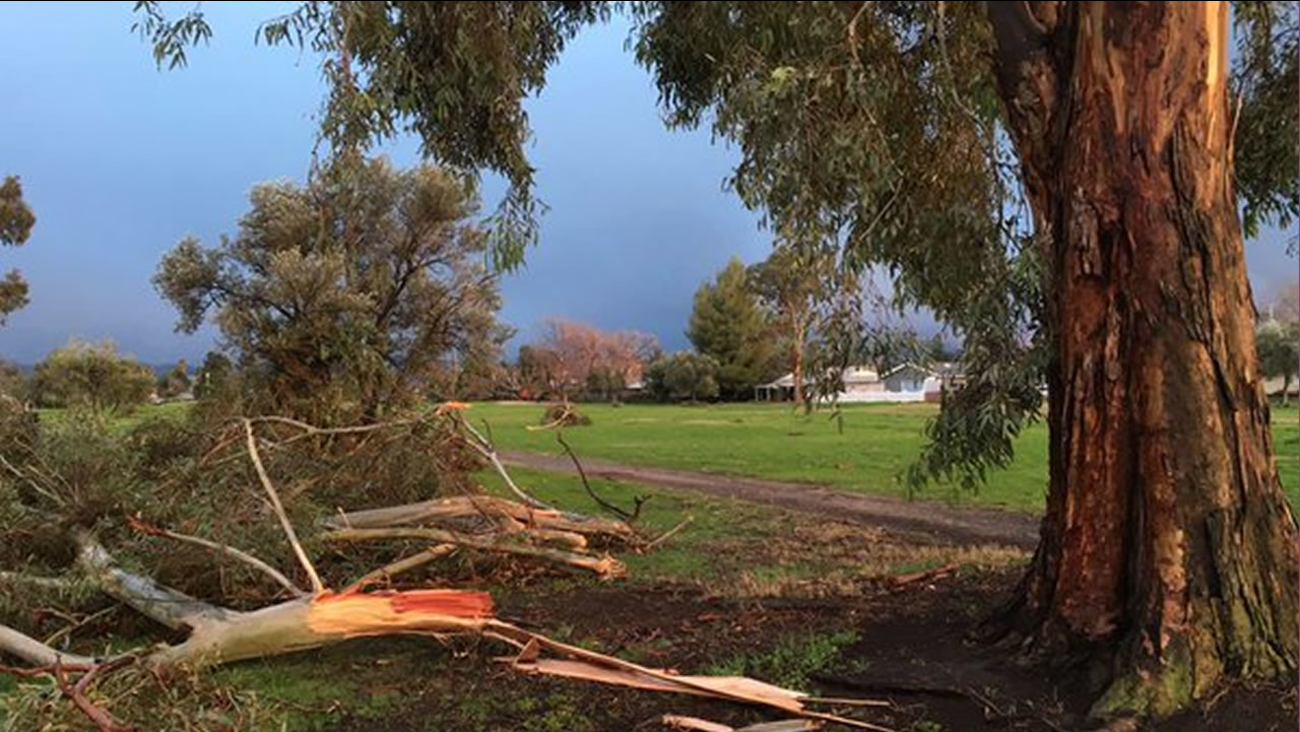 This image shows trees in Livermore, Calif. that were damaged by winds after a wind advisory was issued for parts of the Bay Area Jan. 31. 2015. (submitted to KGO-TV via Twitter/ @fairway81994)

A high wind advisory is in effect Sunday afternoon for the San Francisco and Monterey Bay areas until early Monday morning, according to National Weather Service officials.

A high wind advisory means that gusts of wind of at least 45 mph are likely, which can make driving difficult.

Tree falls in #RedwoodCity. Resident in wheelchair can't get into his own home. #wind #windadvisory pic.twitter.com/n7awPlF7Nb

Winds will reach their peak between 4 p.m. and late evening and gradually slow after midnight Monday.

The strongest winds will be near San Francisco Bay and the ocean, through coastal gaps and in the mountains near the coast.

Weather service officials are expecting winds of 20 to 30 mph with 40 to 50 mph gusts.