"I know that I've encountered wines in the bottle and thought, 'wow this is an ashtray. How did it make it this far?'"
KGO
By Spencer Christian and Tim Didion 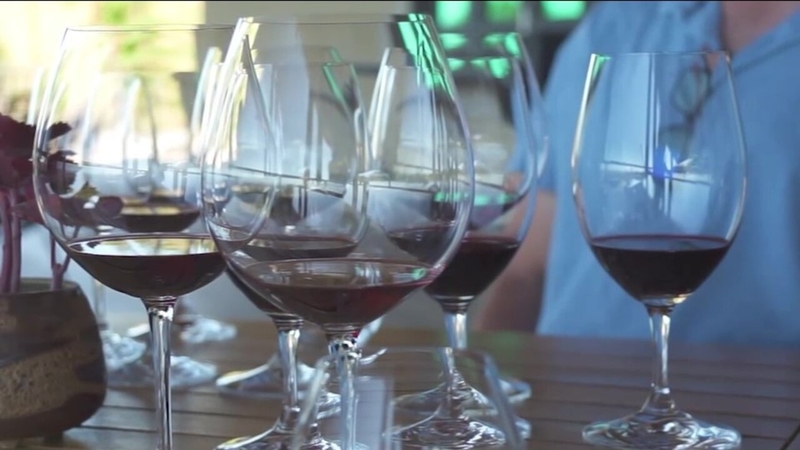 NAPA, Calif. (KGO) -- A slight smoky taste can add character to a fine wine, but too much?

"I know that I've encountered wines in the bottle and thought, 'wow this is an ashtray. How did it make it this far?'" says winemaking consultant Eleni Papadakis, who also judges regional competitions.

Papadakis says the effects of recent wildfires on grapes can be tasted in wines from Oregon to California, and around the world -- And identifying which vines are damaged by smoke taint can be tricky, and expensive.

"And do you just scrap an entire vintage for an entire part of the world?" she says, pointing out that vintners can spend thousands of dollars on testing to spot the damage.

He says the taint can sometimes remain hidden, when smoky compounds, known as phenols, bind with sugar molecules in the grapes forming a complex molecular relationship. But they can be released later by enzymes during the fermentation process, or even when the compounds come in contact with the saliva of a wine drinker.

"The enzymes in your saliva and bacteria in your mouth as well will cleave this complex and free the volatile foul smelling phenols. That's when you can taste them," Crews explains.

To better identify the process and the taint it produces, professor Crews expanded on work done in Australia, where wildfires had also devastated grape crops. He says the key is to test for smoke-derived compounds that can be used as biomarkers. Modern techniques like ultra-high-performance liquid chromatography, or UHPLC, and quantitative mass spectrometry can then help identify the compounds, even if they're not producing the full smoky taste in their current form.

"That was a technology we put on the table, you separate compounds. And it's these complexes and you measure them by using your visualize them using mass spectrometry, the chromatography does a separation, the mass spectrometry does a visualization," says Crews.

The Golden State is not only the largest wine producer in the United States, it's one of the largest producers in the world. But the vineyards of California are facing some new and big challenges.

The hope is that more accurate testing can save winemakers around the world millions of dollars a year, by identifying just the effected grapes, and saving the rest.

All in an industry with notoriously tight profit margins, and discriminating consumers.

Researchers say the study is based on an analysis of more than 200 samples of grapes and wine from 21 grape-growing regions in California and Oregon.