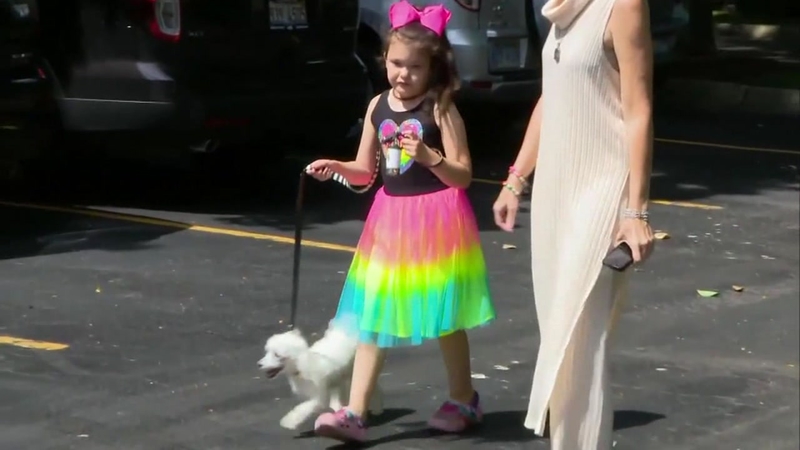 CHICAGO -- An Illinois mother says someone called police after she let her 8-year-old daughter walk the family dog by herself.

Corey Widen said a neighbor apparently saw young Dorothy outside walking Marshmallow and told police a 5-year-old was outside alone.

Police arrived and realized there was no emergency, but Widen says the neighbor didn't stop there.

RELATED: Woman calls cops on man getting into his own car

She said the same neighbor also dialed the Department of Children and Family Services.

"It's traumatizing for the kids, always, and there's no way to shield them from it," Widen said. "I do think that changes need to be made, because the call never should've gotten this far as it was. The initial call was for an unattended 5-year-old, and once they knew I didn't even have a 5-year-old, it should've stopped there. I don't think it ever should've made it past the hotline that a little girl walking her dog needs to be investigated."

Family services quickly closed the case without any issues, issuing the following statement to ABC News.

"We did what the people of Illinois ask us to do," the statement read. "We investigated, we found no wrongdoing on the part of the mother, and we closed the case last week."

Widen says walking the dog is her daughter's only chore, and she will keep letting her do it.

Widen also home-schools Dorothy and feels it's important for her to learn to do things on her own.

"This was something we did to start giving her more independence, because I didn't feel that she had enough," she said. "So I wanted to make that step of her being away from me a little bit more."

She hopes people learn from her experience.